Lucy Rycoft believes there’s some value here, even if she prefers to leave it to her children to watch! 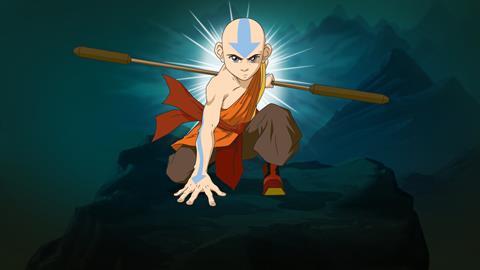 Overview: A century ago, 12-year-old airbender Aang was frozen in ice. When he is discovered by teenagers Katara and Sokka, he sets off to learn how to manipulate fire, water and earth, so that he can defeat the Fire Nation and bring peace to all.

Once explained to me (by my seven-year-olds), I was gripped by the unique narrative of the Avatar stories. There’s an Avatar for each of the elements (fire, air, water and earth), and each Avatar is born knowing how to manipulate its element. Their mission in life is then to learn how to manipulate the remaining three elements, after which they’ll be able to defeat the baddies and achieve world peace. Or something.

When an avatar dies, its spirit is reincarnated into the body of a new baby, and the whole thing starts again.

This is a very likeable show, with key elements of the good vs. evil fight: strong characters, edge-of-your-seat battles, tension, some smaller defeats but an overall victory. It moves along quickly, is entertaining and often humorous, and engages its viewing audience brilliantly in short bursts of action and adventure.

Inspired by Japanese animé, although created in the US, the whole thing looks good too, with beautifully-illustrated scenery and characters.

Overall, the show has been highly-acclaimed for how it deals with concepts such as “war, genocide, imperialism, totalitarianism, indoctrination and free choice” (Wikipedia, quoting Nicole Clark). The idea that young children can be exposed to such highly adult themes via the medium of a cartoon is an interesting one, and having watched a few episodes of Avatar, I’m inclined to agree. At no point did I feel it was inappropriate for my seven-year-olds, with whom I was watching. The fantasy world lends itself to a safe exploration of conflict, within a plotline where you know the good guys will always win.

Perhaps it’s just me, but this was definitely a show I was glad I watched with my seven-year-old twins – on my own I might have struggled! My boys were able to keep me up to speed with what was happening, explain the context, and decipher some of the Avatar-esque language.

It’s definitely a show written for children – but, if you watch alongside your kids, they’ll certainly get a kick out of having to explain it all to you.

I’ll be honest: I’m not massively keen to sit and watch the entire thing with my children, but I enjoyed watching a few episodes with them. If you’re made of stronger stuff than I, then go for it: there’s plenty in this to inspire healthy role play and conversation.

Some possible questions would be:

· In your opinion, who was the strongest character in this episode?

· Was anyone defeated? If so, who and how?

· Did you feel sorry for anyone in this episode?

· Why did the characters have to fight? Who started it and what do you think they wanted?