The writing on the wall: Session 3 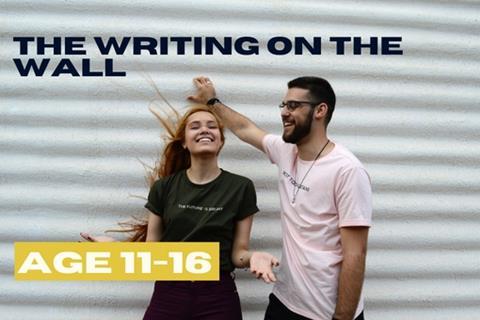 Background: Nebuchadnezzar was not the biological father of Belshazzar, but it was common to refer to one king as the son of the previous one. Belshazzar’s real father, Nabonidus, had become king but had withdrawn to Arabia and left the rule of Babylon to his eldest son. The Medo-Persian army surrounding Babylon was looking for a way into the strongly defended city. Belshazzar’s exuberant party was an arrogant display of contempt for the army that besieged him, based on the fact that Babylon had huge, impenetrable walls.

As the young people arrive, share out your refreshments and chat about the past week. Make sure everyone has a drink and then read out some “I have never…” statements. If they have never done that thing they should take a swig, but if they have they should. Try statements such as, “I have never…winked at someone”; “… tripped over running up stairs”; “…put a disgusting ingredient in someone’s drink or food (either accidentally or on purpose)”; “…stayed silent and let a friend take the blame”; or “…stayed silent and taken someone else’s glory”.

Depending on your numbers, divide the group into two teams. Ask each team to nominate a ‘spotter’ for every round, who will need to stand somewhere higher (eg on a stage, balcony or chair) to look down and guess what the rest of the group are trying to spell out or depict with their bodies. Give each team a list of five words or phrases (different ones so they don’t cheat by looking at the other team) and have a simple race between the teams, with the first to guess them all winning. The list could include a bicycle, a star, the word ‘race’, a tree, a boat, the crucifixion scene, the Deathly Hallows symbol, 999 or a house.

You will need: printouts of Daniel 5; felt-tip pens; paper

Give out copies of the Bible passage and felt-tip pens. Read Daniel 5 together and chat about the events of the story. What happened? How would they have felt if they were Belshazzar or one of his guests?

Split the group into two and read the Bible passage again. The first team should look out for pride in the story and the second team should look out for humility. After chatting together in their teams they should report back the role these attitudes play in Belshazzar and Daniel’s actions, and the results of these. It will be chaotic and far from academic, but that’s fine.

Draw the shape of a person on two sheets of paper. On one write PRIDE and on the other write HUMILITY. Have the group discuss and write on the relevant shape the qualities of people who have these traits. What do people with these traits do in different situations? Does it work out better or worse for them? Compare and contrast each way of life and discuss how it worked out for Belshazzar and Daniel. What can we learn from them and what does God hope will be the outcome of the way we choose to live?

Use these questions to continue your discussion of the Bible passage, making sure everyone gets the chance to contribute:

Put the young people into pairs and challenge them to come up with words that form an appropriate acronym for PRIDE and HUMILITY. For example, for PRIDE they might write: “People Whose Insecurity Depends on Ego”. Who can come up with the best one? Once everyone has finished, ask for some volunteers to read theirs out. Discuss what everyone thinks of these ideas.

Encourage the young people to come up with an acronym that could act as personal mission statement for their whole life or just for the coming week. Allow them to decorate and colour them if they want to as a way of being mindful or meditating on the challenge they are setting themselves.

You will need: paper; pens

Ask everyone to close their eyes and encourage them to think of times when they have been arrogant and proud. Tell them to think of people they have hurt or annoyed, or ways they have not reflected the kingdom of God or been a good representative. Allow them to bring these things before God and ask his forgiveness.

Encourage the young people to choose one act of humility and service to do this week without any expectation of recognition or reward. It should just be one thing they don’t tell anyone about, and are prepared to do without any fuss, ambition or hidden motive. It should be a small, easy act that blesses someone or improves our world. They should write it down somewhere to remember it, pray for the people who will be blessed by it, and pray for humility and generosity of spirit to become more like Jesus every day.