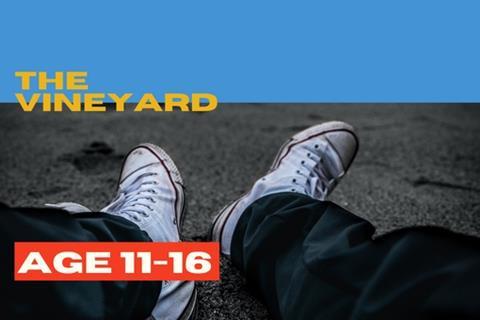 Background: Another parable, another landowner. But this landowner is in less of a giving mood than the one in 20:1-16. Then again, Jesus tells this story for a different reason and a different audience. This time, instead of teaching his disciples he tells a story as a sobering warning to his opponents, who won’t accept his authority (vs23; 45). We’re probably not in direct opposition to Jesus, but the challenge remains: do we accept his and God’s authority over our lives? If not, we cannot expect to inherit God’s kingdom (v43).

You will need: photos of people with authority

Before the session, print out some photos of people with authority (politicians, sportsmen and women, police officers and your church leaders would be good examples). Arrange these photos around the room.

Take this opportunity to catch up with your young people. As you chat and enjoy refreshments, ask the group members which of the people in the photos they think has the most authority. On a scale of one to ten, how much authority does each of these people have? Which ones really deserve respect?

Ask for a volunteer, who should leave the room. Ask everyone else to sit in a circle on chairs. Silently choose one of the seated players to be the leader. Everyone else in the circle should copy the leader’s actions and do so as quickly as possible, making it hard to guess who they are copying. Bring the volunteer back in. They should stand in the centre of the circle and try to guess who the leader is by watching the other players’ actions. Allow three guesses.

You can repeat the game with other volunteers and other leaders if you have time.

You will need: Bibles; felt-tip pens; A3 paper

If you have a large group, divide the young people into smaller groups of four or five for this activity. Give each group Bibles, pens and paper. Encourage the groups to read Matthew 21:33-46 and then draw a picture of what happens in the story.

When everyone has created something, explain that in Jesus’ parables he uses a lot of imagery. Many things and people in the parables represent other things. For example, in this story Jesus probably means for the landowner to represent God.

Ask the groups to think about what the other characters and things in the story represent. They can write down their ideas on their pictures. After a few minutes, invite some of the groups to share their work and have a quick discussion of what is represented in the parable.

Note: not everything in the parable has to represent something else. Some details are probably there just to make it a realistic story. For example, it’s not really worth tying yourself in knots trying to work out what the watchtower and winepress mean. The vineyard image is used elsewhere in the Bible (eg Isaiah 5) to represent Israel and / or God’s kingdom. That’s likely to be what Jesus had in mind here.

Label four sheets of flip-chart paper with the words ‘Home’, ‘School’, ‘Friends’ and ‘Future’. Lay these on the floor or stick them to the walls at different points around the room.

Encourage the young people to reflect on how they can acknowledge God’s authority over them (how they can show that they respect him) in each of these areas of their lives. Invite them to write down their ideas on the relevant sheets of flip-chart paper. After a few minutes take a look at what has been contributed and read out the most interesting and helpful ideas.

You will need: a high-backed chair; a white sheet; gold cloth or similar, Bible

Drape the sheet over the chair and dress it with gold cloth, a large scarf or something similar. The idea is to create something that represents God’s throne.

Have the young people sit by the throne. Remind them that not showing God the respect he deserves is dangerous. God has authority over all of us, and we must take that seriously. But God is also incredibly patient. If we know we’ve messed up, and we know we haven’t let God be in charge of our lives, he’s always ready to forgive us.

Read Hebrews 4:14-16. Invite the young people to spend a few minutes thinking about what they want to say to God at this point. Do they need to say sorry for not showing him the respect he deserves? Do they want to say thanks to him for being so patient? Or is this a time to just listen to what God has to say and then act on that?