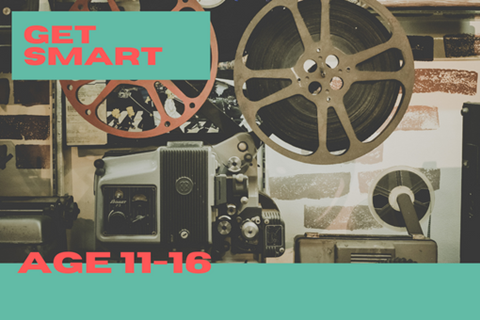 American Maxwell Smart works for a Government spy agency in an administrative capacity. When the agency’s head office is attacked, the Chief decides to assign Maxwell as a spy and partners him with expert Agent 99, much to her annoyance.  Maxwell and  99  must take on their archenemy, the terrorist organization KAOS, led by a man known only as Siegfried who has plans to detonate a nuclear weapon. Unbeknown to the agency, one of their best agents is secretly working for the terrorists. Maxwell and 99 have to learn to work together to discover who the agent is and save the world.

Your young people probably haven’t heard of the 2008 film Get Smart, let alone the original TV show it was based upon. But thanks  to the magic of Netflix, the film is available once more to a whole new generation. Get Smart stars Steve Carell and a surprisingly stellar cast including Dwayne ‘the Rock’ Johnson, Anne Hathaway, Alan Arkin and even a cameo from Bill Murray. And while it may not be a classic, Get Smart has just enough to get your group interested and laughing.

The clip that this session focuses on is a scene in the aftermath of a KAOS attack on CONTROL. After learning the identity of all

CONTROL agents, KAOS has been hunting them down and eliminating them. This means that the only agents remaining are the ones attending the emergency meeting. This inadvertently means that Maxwell, an analyst who has long dreamt of being an agent, is

finally promoted into that role. Out of the tragedy Maxwell has finally achieved his dream and is understandably excited about the prospect of getting out into the field and experiencing action. To celebrate Maxwell requests the ‘cone of silence’ without realising that it doesn’t work and his colleagues can hear his words of excitement.

After showing the clips as a stimulus, break into small discussion groups (you may wish to have a designated discussion leader in each group) and discuss the following questions:

After discussing these questions read Philippians 4:4-13 together. Once this has been completed, return to your smaller groups and discuss the following questions:

Get Smart is now available to stream on Netflix. If your group are interested, arrange a time when you can watch the whole film together..