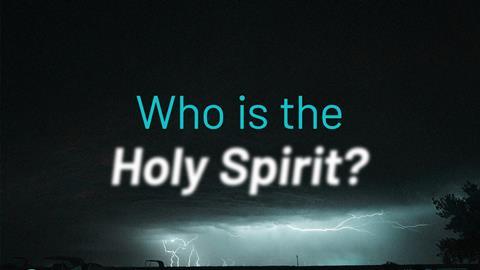 Who is the Holy Spirit?

My Pentecost celebrations this year involved unloading a van of soggy camping gear and covering our entire church building in tents. We had just returned from Big Church Day Out (other Christian festivals are available, and probably happening as you read this). We had taken 35 or so people from our church community on the weekend, many of whom had never camped before or attended our Sunday service.

‘In these last days, God says, I will pour out my Spirit on all people.’

I have a theory that the experience of being church is captured in the microcosm of attending a Christian festival. They are both powerful moments for people to worship God and meet fellow believers, especially for those who are new to faith.

They can both become tribalistic, middle-class-only spaces if left unchecked. Both are usually run by leaders fuelled almost entirely by caffeine and a deep-seated conviction that this is the best place for people to meet God.

But most of all, both would totally fall apart without the Holy Spirit. 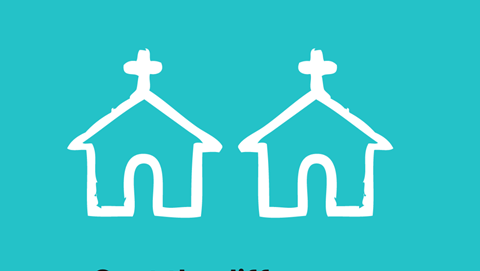 The Church exists in two paradoxical states at the same time. On one hand it is the image of the invisible God made visible on earth.

It shows its best in outreach like toddler groups, food banks and support for the elderly, through the individual witness of church members to their friends and family, through excellence in worship (whatever style that may take), through encouraging the best in people through discipleship, in local events and fun days, youth groups, schools’ outreach and so much more.

It has provided spiritual solace for many, from the first prayers over a newborn to final rites.

However, the Church can be invisible and irrelevant or, even worse, divisive and harmful. It is all too easily a symbol of systematic oppression and colonial power, or a quiet force of suppression in the family home.

Young people walking away from the Church may describe an outdated bunch of people forcing ideas they don’t want to believe. They may describe bullying or boredom, or a set of black and white beliefs that leave no space for their own exploration.

As Spurgeon said: “If you have but half a Christianity you are the most miserable creature on earth.” He’s not wrong.

What’s the difference between the two? What is hardest to swallow is that there might be nothing. The Church is made of broken people and sinful people, but it is also powered by the Holy Spirit.

It is the Holy Spirit that shifts the balance for Jesus’ first followers. Before this point, they are gathering, or cowering, in an unknown upper room.

Their entire focus is on constant prayer (Acts 1:14) and inward governance (Acts 1:21-26). All that is not bad. Prayer is a great thing to do in times of distress or confusion and appointing a replacement for Judas is probably a good idea.

But the important point to note here is that this is not the Church. 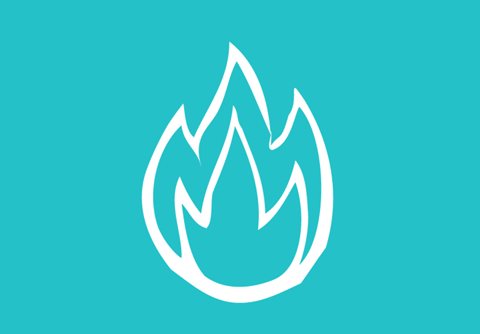 It is as they are praying that the Holy Spirit appears. This one person of the united God appears like a rushing wind and flames above their head. They start speaking in languages they never learned and their behaviour is so strange people think they’re drunk.

It’s quite the scene. But it’s more than just a stunt, obviously. God is hiding meaning in this spectacle. For one, the Spirit appears as a rushing wind.

Given that the Spirit is called ruach in the Old Testament this shouldn’t come as a surprise, as the very name of the Spirit means breath or wind. Then the fire is reminiscent of Moses and Elijah meeting God in powerful and dramatic ways (Exodus 19:16-20; 1 Kings 19:11-13).

Fire may equally be a symbol cleansing – as fire burns away the old crop it provides space for the new. So too does the arrival of the Spirit mark a cleansing of space for the work of God in a new era.

What is this new era marked by? How have the disciples changed after this encounter? For one they start talking to people.

No longer is this group looking just inwards and upwards, they are now looking outwards. They are telling people who don’t know about Jesus all about what he did. They go on to do incredible things throughout the book of Acts. Peter could heal just with his shadow (Acts 5:12-16), and Paul could do it with a hankie (Acts 19:11-12).

They spoke boldly about God, even facing death for doing so. But they also set up a countercultural model of Christian community that cared for the sick, the poor and those who were overlooked by society.

Yet at the same time, they faced extreme persecution and many of them were killed for their beliefs. It must have been so hard for them. And they were hardly perfect. 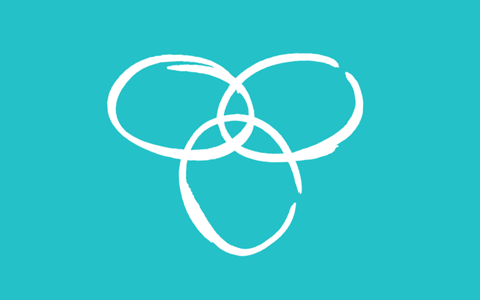 The Spirit that sends unity in difference

The Spirit of God speaks in so many voices. From Parthian to Elamite, Gen Z to Boomer, Labour to Tory.

No matter what language is spoken though, all can hear the gospel. At one level it is a symbol of international unity. A promise of what is to come in Revelation, when every nation will gather under Christ (Revelation 7:9).

At another it is a reminder that God can speak through difference of all kinds, to pass on the message of the gospel.

What is also important to note is that the believers do not speak in their own language and people understand. There is a deliberate celebration of difference, that is united not by uniformity but understanding. And it is only through the power of the Holy Spirit that this understanding takes place. 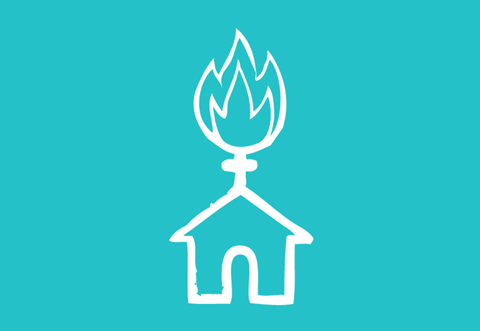 The Church is powered today by the same Spirit that first appeared at Pentecost. The same Spirit chooses to work in powerful, mysterious, unexpected and diverse ways today.

An outward-looking and trusting Church is a powerful thing. But it is still reliant upon flawed people. We need to be honest about our shortcomings, repentant when they are damaging. And for those raising children in the Church, we need to teach them resilience for this harsh reality.

The Church is a broken body of believers powered by a radical Spirit.

Emily HowarthEmily Howarth is is project manager for Home for Good and a regular volunteer children’s worker in her church.