Ellie Willcock gives her top tips from working with families. 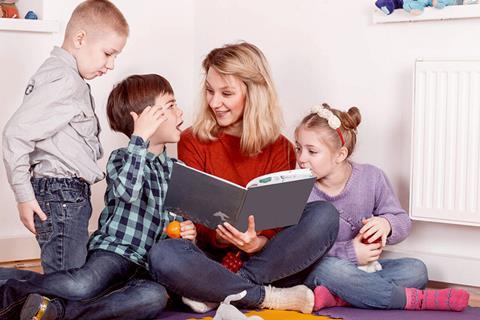 I have been an au pair for three years. Here’s what I have learnt…

I have been privileged to be a part of two families; one in Fulham( two children: girl aged eleven and boy aged seven) and one in Edgware (boys aged twelve and nine).  Athough I am not a parent I have been privy to many different situations and here are some things I noticed that might be helpful to you.

1. Children are equal and different, let them take their time to figure out what they do and don’t enjo

I have sadly observed parents not being able to ‘click’ with their children. Whether it’s because the child is interested in things the parents are not or a time thing; some parents struggle with relating to their kids. My first family were divorced, the children being shuffled each week to a different home and the parents did an excellent of job of sharing time but I did notice that the mother struggled to do things with her son. She didn’t wish to run around as much and struggled with weekend activities that he enjoyed as well as her daughter; once she came home to find us playing a miniature version of table tennis while the daughter wasdrawing, (simply because that’s what she asked to do) and while not upset she pulled me aside to request that I make sure they do things together. I responded saying she had been happy to colour in and that we were all in the same room so she wasn’t being excluded and she replied stating she didn’t think the table tennis was appropriate and she would prefer we stuck to quieter things. I can understand that noise level has to be respected but siblings can like separate things. Let them enjoy the difference and don’t squash an interest just because one omits the other.

2. Give them time to be children as well as gradual responsibility that lets them grow.

Of course learning and education is important and it can be a struggle for parents to help their kids with school things if they don’t have the time themselves. However I think it’s necessaary to let them have time off to be children, let them have a day that doesn’t include activities and they can simply lounge about and relax. Some parents can be very hard on their kids, pushing them at every turn and while that is important, it can be exhausting, stressful and simply awful to witness a child burst into tears because they only got 12/20 on a spelling test and they knew their parents were going to be disappointed. Remember that they’re young and might have no idea what they want to do in the world. If all you’re going to do is push and push it can damage a love of learning that might have otherwise been nurtured. Letting them know they have, for example, two hours to do homework and games all night can make it easier from them to rest while still enjoying learning. Gradual responsibility can introduce them to being treated as a grown up – letting them pick if they want to do half an hour chunks of study or an hour altogether, it gets them ready to make decisions. Plus it’s good that they do chores, helping to empty the dishwasher or setting the table. It may be dull but it teaches them how to be responsible without pushing.

3. Encourage a healthy attitude towards food.

I have seen this a few times now, and it can go either way. Parents either let their children eat anything they want or restrict it. Naturally they want sugar; takeaways, cake etc but a balanced diet is necessary even if it can be boring.

Part of my job is to do the dinner which I do enjoy and so I understand that I have the time to decide, plan and cook and that can be difficult for parents who work. A few easy dinners can be found on websites like BBC Good Foods – very simple but delicious! And it’s easy to change ingredients with ones you know your children will like. Something that I have started with my host family is one new meal a week, the rest of the time it’s the same kind of things but once a week we try something new, like a thai green curry or honey roasted chicken. They have really disliked some (lasagna) but really enjoyed others (toad in the hole with mash) that they didn’t think they would. Meal portions are also important, something I grew up with is that you have to clear your plate before dessert, but sometimes kids are simply not hungry and yet will force themselves to eat because they want pudding. If they’ve had a good amount of vegetables and some protein then why not dessert? One of my host parents was very particular about the amount of sweets one of the kids have had and asked me to restrict pudding because they were ’getting chubby’ and I will admit to asking the other parent because I thought the child was fine and they agreed and discussed it with the other and nothing changed. Children shouldn’t have to worry about their weight, especially when they’re young and some comments can stick, I think its important to let kids know what’s healthy and then they can remember that as they get older and maybe notice their appearance a bit more.

4. No matter how difficult it is, don’t give in to ’working parent’ guilt.

As I have said I am not a parent and as such I cannot begin to imagine the level of love that people have for their children(though I have very much felt that love from my own –unbias opinion- fantastically brilliant parents). However I can see the maybe unconscious pain you feel if you work full time or even part time and as such when –unfortunately – you have to pull yourself away, you may attempt to make up for not being there in other ways. I’ve seen parents give their kids gifts for the smallest of things. This is not a reward, just a gift because; for example it’s the end of the week, or they have a cold, or simply because they ask for it. Naturally parents want to be able to give their kids things but it can teach them they always get everything they want. I’ve had a few situations when the kids have been especially naughty, completely disrespectful and downright rude and I’ve told them off and explained myself to the parents who more often than not, agree with me and yet because its a Friday the children still gets a new game or a movie. If you’re going to teach your kids the consequences of their actions you need to stand firm and show them the consequences. Don’t just threaten them with an early bed time. Make them go to bed early! Its difficult, especially when you may not realise you’ve done it but your kids will understand as they get older.

5. Communication is key, for all members of the family.

It’s something so simple and yet so exhausting and difficult to do. As a parent I’m sure you have a million and one things on your mind and I can admit to being in awe at the amount of things that some remember. Talking to your kids is obviously important but they may surprise you at how much they’ll understand and be able to help; if you feel a certain way and don’t want to play a game then say you just want to watch a film and explain why. Or if your child is acting a little differently, ask them and listen, don’t presume it’s just because they’re tired or being cheeky. One such occasion was when the boy couldn’t express what was going on in his head and so sat on the floor and cried, I just sat next to him and waited. After a minute he leant against me and soon after we went downstairs and read together instead of playing a game that his sibling had wanted to do. The best part was that his sibling – without saying a word – came over and joined us on the sofa to read. Shortly after he started talking about his day which had been far from good. From my position, it’s okay to not have the answers all the time because eventually it all comes out but before then its important to just be there and let them know that.

As Christian parents it is of course important to do the little things when it comes to keeping your faith. When I was younger my parents ensured that we said grace at every meal and family prayers at night, and although I will admit to being a little bored it is still something I do today and now enjoy. Language is also important, to me “Oh my God” is not something I’m comfortable with and my host families understood that and rarely, if ever use it as a result. Something small but it goes against the common norm and it also can help the kids realise names and respect etc. Keeping in contact can be challenging for us all and kids will have to grow up one day and you may need to prepare yourself for the day they don’t want to go to church. Listen to their reasonings, talk to them about it and then let them come to their decisions and whatever happens, remember that God is with them.