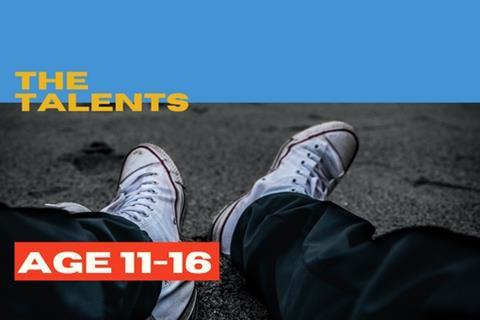 Background: Here we have another parable with a sobering ending, this time intended for people who call themselves followers of Jesus. The first half of the parable has a simple enough message: use what God has given you wisely, and you will be rewarded. But when the story turns to the third servant things become more uncomfortable. Is Jesus really saying that God will punish anyone who doesn’t use the talents he has given them? Perhaps the point of the story is not that our actions in themselves make us worthy of God’s reward, but that those actions are evidence of whether we are truly his disciples

You will need: a bag of sweets

As ever, start the session by chatting to your young people and sharing your refreshments with them. After a few minutes, present one of them with a large bag of sweets. Give no instructions about what to do, just see how they respond.

Before moving on to the next activity, ask the lucky recipient of the sweets why they used what they had been given the way they did. What influenced that decision? Make the point that it’s important to use what we have wisely.

You will need: three prepared leaders

In advance of the session, find three leaders or mature group members to help you. Ask one to share a surprising fact about themselves (eg “I once appeared on a TV quiz show”, “I hold the world record for polishing shoes”, “Last year, I won £2,000 on the national lottery”). The other two leaders should pretend this is also true of them and prepare stories to back this up. At this point in the session, ask the three prepared leaders to make this statement in turn. The group members then have five minutes to ask the leaders questions and try to work out who is telling the truth.

Comment that people often make impressive claims about themselves. It’s only when we take a closer look that we find out the truth.

Read Matthew 25:14-30. Ask for three volunteers to represent the servants in the story. Hand out Post-it notes and pens to the rest of the group. Encourage them to write comments about who each of the servants seems to be and who they are in reality. (If possible, provide Post-its in two colours. Use one colour for who the servants seem to be and the other for who they really are.) Let the young people stick their Post-its to the appropriate servants. Next, briefly discuss how it becomes clear what kind of person each servant is.

If you have a large group, you could divide into two smaller segments for this activity.

Use these questions to explore the Bible passage further. Make sure everyone who wants to gets the chance to participate:

The first two took their responsibility seriously and did some simple but effective things to make the most of what their master had given them. The third servant refused to accept responsibility for what the master had given him and did nothing. He looked like a real servant and claimed to be a real servant, but his actions didn’t back this up. Jesus probably isn’t saying that God sends us to heaven or hell based on how much we do. But he might well be saying that what we do is evidence of our faith. If we’re truly his disciples we’ll make the most of the good things he’s given us.

Stick a piece of A5 paper to the young people’s backs. Give each of them a pen. Encourage everyone to think about the good things God has given the other people in the room, particularly their skills and talents. Invite the young people to move around the room, writing comments on other people’s backs about the good things God has given them. Try to make sure that everyone has several comments on their paper.

After a few minutes, the young people can remove the pieces of paper from their backs and read them. See if anyone is surprised by what has been written.

Comment that now we all have a clearer idea of what God has given us, the challenge is to put these things to good use!

You will need: coins

Divide the young people into twos and threes. They should pray for each other within these small groups, asking God to help them see the good things he has given them and use these things wisely. Short, simple prayers are all that’s needed.

Give each of the young people a coin to take home with them as a reminder of what God has given them and our responsibility to use these things wisely. (Two pence coins are fine. If you can clean them beforehand to make them look special, all the better. This can be done quite easily using diluted washing-up liquid or salt and vinegar.)