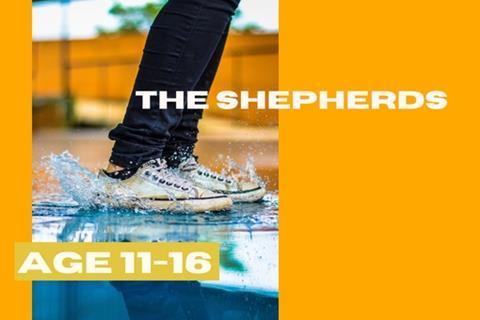 Background: How wonderful that God allows such ordinary people to be the first witnesses of the birth of his Son. It’s always a huge encouragement that God seems so keen to involve ordinary, unremarkable people in his plans. This can be a scary experience, though. It’s probably the spectacle of an angel appearing to them that scares the shepherds (Luke 2:9-10), but taking a close look at God’s plans can be scary in itself. It’s possible that he might ask us to get involved instead of just looking. May we be just as courageous as the shepherds; just as ready to hurry off and see what God is doing.

Take this opportunity to catch up with your young people. As you chat and enjoy refreshments, ask them what they would do if they had no fear. If fear didn’t hold them back, what would they attempt? Would they try an extreme experience like a parachute jump? Would they tell someone they know exactly what they think of them? Or would they do something that other people might think of as normal, but which a phobia usually prevents them from doing?

You will need: sheep soft toys

Before the session, collect together eight or nine sheep soft toys. Parents of small children in your church may be able to help you. Failing that, use other soft toys and just ask the young people to imagine they are sheep!

Divide the young people into three small teams (or choose three volunteers to play), and send each team to a different corner of the room. Place the sheep in the centre. Explain that this session will focus on the shepherds in the nativity story, so you’re all going to start by putting yourselves in the place of the shepherds. Challenge the teams to round up the sheep into their corner of the room.

If you have a large group, divide them into smaller groups (of four or five) for this activity. Give out Bibles and as many tea towels as you can find. If possible, give a tea towel to each group member.

Explain that you’ll be trying to think like shepherds during this activity. Dressing the part is a good start, so ask the young people to begin by putting their tea towels on their heads, in classic nativity-play style. Give out lengths of string to help them tie the tea towels in place.

Now ask the young people to read Luke 2:8-20. Encourage them to think like shepherds, putting themselves in the shepherds’ place. Ask them to comment on what they see, hear, smell and feel at different points in the story. The text suggests that the shepherds are scared (v9-10), so what are they scared of? And why are they in such a hurry to go and see what’s happening in Bethlehem (v15-16)?

If they haven’t already done so, invite the young people to take off their tea towels. It’s now time to step back from the shepherds’ point of view and be slightly more objective. Talk over some why questions with the group:

You will need: parental permission and sufficient insurance

As a group, take a short walk around your neighbourhood. As you walk, talk together about what you can see and what you think God is doing in your community. Where do you think God wants you to go? What do you think he wants to show you? Before the session, you’ll need to make sure you have permission from parents and carers to take the young people out of the building, and that your church insurance covers you to do so.

You will need: olive oil

Explain that however good God’s plans are it’s sometimes scary to look too closely at them. If we take a close look at God’s plans there is always a chance that those plans will demand something from us. We might find ourselves getting involved in God’s plans instead of just watching from the sidelines. Let’s pray that God will give us the same courage he gave the shepherds, so that we’ll be just as eager as they were to see what he is doing in the world.

Go to each of your young people and use the olive oil to anoint them as a mark of their commitment to God (unless they want to opt out). Make small oil marks on their forehead, their feet and their eyelids, praying for courage and asking God to make them ready to go wherever he leads them and to see whatever he wants to show them.