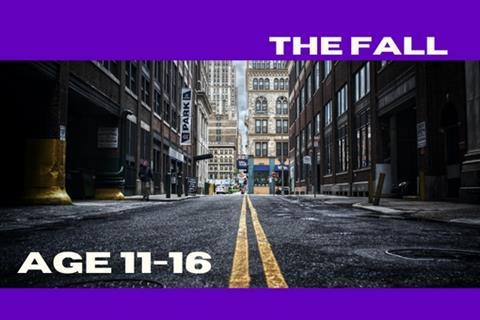 Background: A Jewish interpretation of today’s reading is very different from that of a Christian. The promise of Jesus coming naturally colours our reading of this passage. Yet, although it seems as though a vast chasm has appeared between God and humanity that only Jesus can bridge, the creator remains close to the lives of those he created. God still clothes and cares for Adam and his wife.

Welcome the young people and share out any refreshments you have brought with you. As they arrive, let them share about their week. If possible, look for any stories that may have happened when a public figure did something wrong (politicians are probably the easiest to find) and made an excuse for their actions. Include this in the discussion if appropriate.

Split the young people into smaller groups or pairs. Give out the following scenarios and encourage them to put together some improvised role play. In each of the situations, the young people should come up with the most outrageous excuse possible.

Once everyone is ready, show the role plays to the rest of the group. At the end, the group should vote on the best excuse given. You could even offer a small prize for the winner.

Explain that today’s Bible passage is the story of when Adam and Eve were thrown out of the Garden of Eden. Before reading the passage, find out how much of the story they already know.

Get the group to stand up and ask what type of fruit Eve gave to Adam to eat. If you think it was an apple raise your right arm. If you are not sure raise your left. Tell the group that the Bible only says that it was a fruit, so those with their right arms in the air can sit down.

As this exercise is about Adam and Eve doing something wrong, ask those who remain standing how many times the word ‘sin’ is used in the story. If they think it’s three times or more they should wag their finger like they’re telling someone off. Fewer than three times, or they’re not sure, they should put their finger on their lips as though they’re thinking about something. There is no mention of sin in the Garden of Eden; we have to wait until the next session with Cain and Abel for sin to get a mention. Anyone who wagged their finger should sit down.

Then ask those who are still standing the name of the Garden of Eden story in the Bible. If they think it is ‘The fall’ they should hold their hands out as though they’re balancing. If they’re not sure they should put their hands on their chin as though they are pondering something. Even though the NIV and other Bible translations title this story ‘The fall’ (and this session of Journeying Together does too!) there is no official name for the story, and the word ‘fall’ doesn’t appear anywhere in it. Anyone who looks as though they’re balancing should sit down. Congratulation those still standing!

Ask someone to read Genesis 3 at least twice. Then ask if the young people have any questions about the passage. You can point out that the snake is at no point referred to as the devil, or Satan, in this passage. The only supernatural being mentioned, apart from God, are the cherubim who guard the Tree of Life.

Encourage discussion around the Bible passage using these questions:

You will need: a large sheet of paper; marker pens; Bibles

On a large piece of paper draw the outline of a tree. Make sure the Bible passage is open and available to everyone. Ask the young people to write the things that will happen because Adam and Eve ate the fruit from the tree. Ask them to think about what the pair now have to deal with, what has changed and what the consequences are.

What about themselves? How are our lives different because of the wrong things we, and others, do? Encourage them to choose a different colour marker and write on the tree the impact these actions have had on their lives. What do they think is God’s take on all this is? How does God see us and the things we do wrong?

You will need: leaf prayers from Session 2 ‘Prayer’ or leaf shapes cut out of paper; pens

Hand out the leaf prayers you made in the last session. If you didn’t do this, or some people weren’t there, you will need to draw and cut out leaf shapes, one for each young person.

On the other side of their prayer of thanks, encourage the group to write words representing where they need or would like to be forgiven by God. Use the words below as a mediation while they do this.