The Ark of the Covenant: Session 4 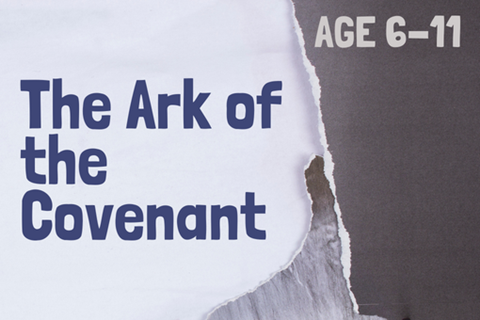 Background: David is now King of Israel with several wives, including Michal, daughter of the previous king, Saul. King David is victorious in battle and has just captured Jerusalem. In triumph, he brings the Ark of the Covenant back to his capital city. The Ark was a large, gilded wooden box containing the stone tablets of the Ten Commandments. Since Moses’ time, God’s people had carried it with them on their travels. It was powerfully holy. The Israelites followed it into battle and kept it in a special tent (the tabernacle). If the Ark fell into enemy hands it could cause plagues and even instant death.

As children arrive, talk about celebrations. How do their families celebrate good news or a special occasion? Share experiences of festivals, feasts and special ceremonies.

You will need: short YouTube clip of footballers’ goal celebrations (see here) and the means to play it

Show the footballers’ goal celebrations and discuss your favourites. Which ones were most impressive, joyful or silly? Can the children describe or demonstrate any other celebrations of sporting success?

Devise your own celebration dance! Work in pairs or as a whole group.

You will need: plain box (shoebox-sized) cov­ered with a picture of the Ark of the Covenant and containing a picture of the Ten Command­ments; collection of percussion instruments eg tambourine, glockenspiel, kazoo, drum; silk square or similar to cover the box

Hold the box reverently and ask children what they notice about it. Wonder together what might be inside. Open it and invite someone to show the contents. Does anyone know what it is? Tell the following story.

These are the Ten Commandments, the Law that God gave to Moses and the Israelites with the promise that he would always be their God. The Ten Commandments lived in this special box, called the Ark of the Covenant, which means “the box of the promise”. God’s people always carried it with them on their travels, as a sign that meant “God is with us”.

In today’s story, we are God’s people. For generations we have carried the Ark of the covenant carefully, because it’s so special and holy. Pass the box reverently around the circle. Bad news: our enemies wanted the gold box, so they stole it, like this! Grab the box roughly. Good news! The power of God’s promise was so strong that lots of our enemies died! Invite a volunteer to ‘die’ dramatically.

David became our new king. He defeated our enemies and took back the Ark. His soldiers carried it carefully to our capital city, Jerusalem. Pass the box around reverently. When the Ark arrived at the gates, it was a sign that God was coming home to his people, and we were so happy that we celebrated with loud music! Encourage everyone to play the instruments while you place the box in the middle and cover it with the silk square.

The Ark of the Covenant was placed in a special tent that David made, and everyone crowded onto the streets of Jerusalem to celebrate. God was back home with his people, which was definitely something to make a song and dance about! Everyone performs their celebration dance(s) from earlier and/or plays music.

King David was so happy that he danced more wildly than anyone else. In front of cheering crowds, as the music got louder, he threw off his cloak and went for it! Play louder and encourage everyone to dance even more enthusiastically!

Only David’s wife, Michal, was grumpy. She was King Saul’s daughter, the king before David. She said to herself: “Honestly, what does David think he looks like? My dad wouldn’t have been caught dead dancing like that in public when he was king!”

King David offered sacrifices, blessed the crowd and gave out free bread and fruit cakes to everyone. Back at home, Michal complained:

“You looked so stupid, dancing half-na­ked in front of everyone. What will people think?”

David said: “I was dancing for God, not them! I will celebrate, and I don’t care how stupid I look. And God doesn’t, either. After all, he chose me to be king instead of your dad, and I’ll praise him however I like!”

Chat together about the story using these questions:

You will need: small plain boxes; glue; decorations such as stickers, stick-on jewels, sequins or pompoms

Invite children to make up a song to praise God. They could use a tune they already know or invent a chant to accompany the dance they made up earlier. Encourage repetition and rhyme.

Alternatively, invite the children to decorate a special promise box. They can use it to store written prayers, things they have made in Sunday School and anything else that helps them think about God. As you work, chat about God’s promise that he will always be with us.

You will need: percussion instruments

Explain that you’re going to praise God with song and dance. You can perform the dance or the song you made up earlier or play a musical instrument. Do this together so you make a wonderful, joyful noise! Show the children a sign that means they’re going to start praising God as well as one that indicates when they need to stop!

Have a time of singing and dancing before drawing the session to a close. Finish by saying a prayer, thanking God for the freedom to worship and praise him.