By Jenny Cheung is a schools’ worker with Scripture Union Scotland, leads the children’s team at CLAN Gathering (New Wine Scotland) and is a volunteer on a youth residential for Scripture Union England and Wales. 2019-03-20T00:00:00+00:00 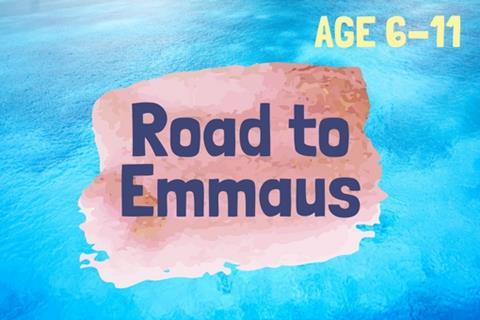 Background: Everything was so confused. The disciples thought Jesus had come as the Messiah to be the ruler of Israel, but then he was crucified, which seemed like a complete failure in his mission. Some of the women had reported that the tomb was empty, which was fantastical, and women weren’t to be believed anyway. But then Peter reported the same thing, so no one knew quite what to make of the situation. Was there any hope? Had something miraculous just occurred? Or was it all simply wishful thinking on the part of a deluded group of followers?

As you begin the session, invite the children to sit together in a circle and pass around a simple object. When a child has the object, they can share their response to the question. Sometimes it’s helpful to have a sand timer so you have time for each person to share if they want to. If a child doesn’t want to say anything they can just pass on the object. Ask the children to share their biggest questions about life or the universe and everything.

You will need: a long sheet of paper (lining paper is ideal); felt-tip pens

Spread out the long sheet of paper and ask everyone to draw around their feet a few times so there is a long pathway of footprints. Talk about walking. Ask what the furthest distance anyone has ever walked is.

You will need: footprints from ‘Intro activity’; speech bubbles cut out of card with the words below written on; a loaf of bread or bread roll

Remind the group that Jesus has died on the cross. On the Sunday morning, some of the women and other disciples discover the empty tomb. That evening, two of Jesus’ disciples, Cleopas and another man, were walking from Jerusalem to a place called Emmaus, which was about seven miles away. Lay out your foot-printed pathway. Ask the group how they think these men would have been feeling. Can they make their faces and bodies match up with that feeling?

Explain that, as they were walking along, Jesus came alongside Cleopas and his friend, but they didn’t recognise him. They thought he was just a stranger. Jesus pretended not to know what was going on and asked them what they were talking about. Cleopas couldn’t believe this guy didn’t know the story, so he filled Jesus in. Give out speech bubbles with the following points on, and get the group to read them out together:

The stranger (who was Jesus, remember) appeared to be surprised. Show the next set of speech bubbles with Jesus’ responses and get the group to read them out:

Say that Jesus explained how all the things in the Jews’ holy book showed them what to expect about the Messiah: the special one God was going to send to rescue his people.

Just as it was getting to teatime, Jesus and the two disciples arrived at Emmaus. Jesus looked like he was going to walk on further but the men asked him to stay for tea. They sat down at the table together, then Jesus took the bread, said thank you to God and broke it. Break your bread and pass it around. They suddenly realised who he was, just as he disappeared!

The two disciples got up without even finishing their tea and ran all the way back to Jerusalem to tell Jesus’ other friends what had happened!

Encourage the children to cut speech bubble shapes out of the black card. Ask them to consider what Jesus said about what had happened – why he died and was raised back to life – and let them come up with a sentence or two of their own to express it. They can then write it on their speech bubbles and tape a skewer to the back so that it makes a mini placard. If you like, you could take pictures of each child holding their speech bubble up as if they are in a live cartoon.

You will need: Plasticine or playdough

When Luke writes about this in the Bible, he says that the two disciples felt as though their hearts were burning when Jesus was explaining these things to them. It was like they suddenly really knew things for the first time. Give everyone a piece of Plasticine or playdough and let them warm and mould it into a heart shape as they reflect on what they have understood from this story. What would they like to say to Jesus about it?