Ready to use parable – Alonso and the arrogant aberrations 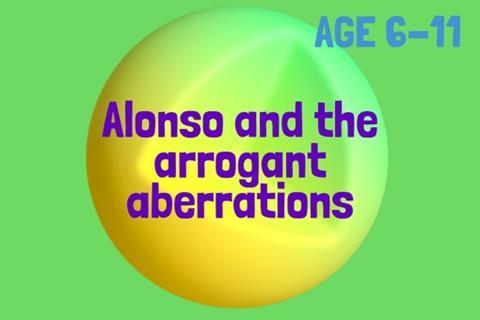 “Alonso! Alonso! This way, mate!” Camera phones flashed and clicked as Alonso Jesus de Maria, Athletico Manchesterford’s star striker, made his way into the stadium. A group of students from Manchesterford High School compared the photos they’d manage to take.

“Look at this one, man!” shouted Kofi.

“No, man, this is the best,” claimed Jayesh. He’d got a selfie with the Spanish striker, who was sticking out his tongue.

Leaving the crowd of young people outside, Alonso made his way down the corridors of the stadium to the chairman’s office. He’d been the subject of quite a few negative stories in the Manchesterford Gazette recently, and he wondered if they were the reason he’d been summoned to see the boss. The stories weren’t that bad, he thought, other players at other clubs had done worse. He knocked on the door and went in.

“Ah, Alonso, take a seat.” Athletico’s chairman, Colin Croesus, was sitting behind a large desk. Copies of the Manchesterford Gazette were piled up in front of him. He gave the footballer a   hard stare, then read out some of the headlines. “‘Spanish striker on strike’, ‘Alonso allowed to run riot’, ‘High-flyer flies off on fancy foray’. It’s too much, de Maria. Most of these stories are in breach of your contract. You’ve been out of control for too long. The club has no choice but to give you the sack. With immediate effect.

Colin Croesus turned away and looked at his phone. Alonso staggered outside. Sacked! What was he going to do? Suddenly he saw Brian the kit man coming down the corridor and he had an idea.

“Brian!” he shouted. “Have you got any spare shirts of mine?

Could I have them?”

“Sure,” said Brian, looking a bit confused. “Come this way.”

A few moments later, Alonso burst out of the entrance to the stadium. He was soon surrounded by students from Manches- terford High School. He handed out shirts to Kofi, Jayesh and the others, signing them and posing for endless selfies. If he could get enough good press now, then surely another club would welcome him with open arms.

“This way, Alonso!” The Spanish footballer grinned as Chelsea grabbed a selfie with her soon to be ex-favourite footballer.

This story is based on Luke 16:1-15. Read this passage to the group and compare Jesus’ story and words with this one. Discuss what Jesus might have been saying through his parable, encouraging the group to think about it in a new way.