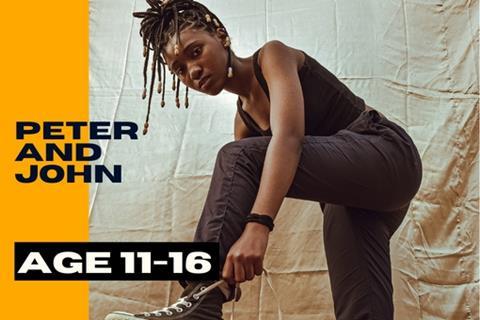 Background: Often when we tell this story we focus on the healing of the beggar at the temple gates. Yet, while this is a life-changing encounter for the man, there are other things at play here. First, we see the two disciples carrying on the work Jesus gave them and being confident in the power of the Spirit to heal. Second, Peter uses the healing not to glorify himself, but to point people towards Jesus.

Welcome the young people to your group and share out any refreshments you have. Try fruit, toast, pastries or pizza (depending on when you meet). Chat with them about what their week has been like. Share their triumphs, disasters and everything in between. If appropriate, share a story or two from your own week. Ask the group if they have done anything spectacular or amazing this week.

Give everyone a pen and a sheet of paper. Ask the young people to think about the best gift anyone could ever give them and then to write it down without anyone else seeing. Collect all the papers in and read out one of the suggestions. The group has to guess who chose that particular gift. Once they have guessed, ask the person why they chose that as their best gift. Carry on until you have read out all the gifts.

You will need: Bibles; large sheets of thick card (a large box cut up into pieces would be ideal); marker pens; garden canes; strong sticky tape

Give out the Bibles and read Acts 3:1-10 together. Ask for volunteers to be Peter, John and the man begging by the temple. Other people can represent the crowd. Encourage the young people to come up with a drama that re-enacts the passage. Let the group direct the action themselves, but be ready to help out if they need a bit of assistance. Once they’re ready, let them act out their drama. Ask the group for their initial thoughts on what they think is going on.

Give out the sheets of card and marker pens. Ask the group to read Acts 3:11-26 and pick out anything Peter says that stands out to them. (You could do this all together or in small groups.) Challenge them to create a placard that represents what stands out to them most. Tape a garden cane to the back of each completed placard.

Read Acts 3:11-26 aloud (if the person who played Peter earlier is a confident reader, he or she could read it out as if talking to a crowd of people). When the young people hear their point being read out they should hold up their placard, as if they were part of a demonstration.

At the end, recap what has happened. Try to draw out the fact that the man asked for money, but Peter and John healed him instead. Their gift to him was much longer-lasting than just a few coins. When Peter spoke to the crowd he didn’t say how wonderful he and John were, he told the crowd about Jesus.

Discuss the story further using these questions, ensuring that everyone who wants to has the chance to answer:

Before the session, collect together a set of resources that the young people might use to respond creatively to what God has been saying to them through today’s Bible passage. This may include art and craft materials, interesting books or building blocks – anything that might inspire a response. Set out the materials so the young people can access them easily.

Give the group free choice about how they want to respond to what God is saying to them. If they want to work in pairs or small groups they can do so. Make sure a leader is standing beside the resources to help the group access anything they need. Be available to chat if any of the young people want to ask you any questions or talk to you.

At the end of your session, have a time of sharing what you have done but don’t force anyone to share, if they don’t want to.

You will need: reflective music and the means to play it (optional)

Tell the young people about the impact Jesus has had on your life. You could talk about something practical, like the man being healed, or something more eternal, as Peter does in his speech.

Play the reflective music if you’re using it. Ask the young people to reflect on the impact Jesus has had on their lives or the impact would they like him to have. Give the group space to think and pray about this.

Round up with a time of short, one-line prayers thanking Jesus for what he has done for us, or what we would like him to do.