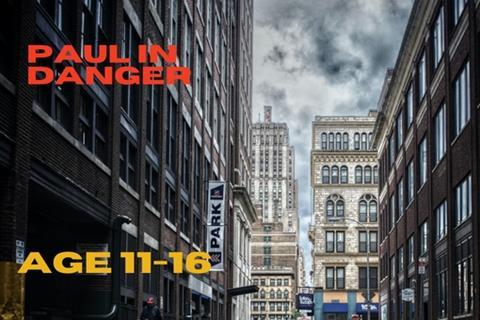 MEETING AIM: To see that Paul worked within the law to fulfil God’s plan.

BACKGROUND: These sessions are designed for you to do online in a group video call (on something like Facetime or Zoom).Make sure you have parental permission to do this, as well as following your church’s safeguarding procedure (seep13 if you need more help). As with your usual sessions at church, make sure you have at least two leaders online.

We know nothing of Paul’s nephew and wider family. We can only speculate about Paul’s nephew from what is written in this passage. Why he was able to hear about the plot suggests he was involved with the Pharisees, but how is pure guesswork. The monologue in today’s session is a fiction based on the passage and makes several assumptions.

As people join you online, ask them to share what they have been doing during the past seven days.

Use the following monologue to explore this session’s Bible passage. If possible, ask a confident member of your group to perform it:

Let me introduce myself; actually, my name’s not important, but you might know one of my relatives. My uncle is Saul, although you probably know him under the name he now goes by – Paul. He’s my mum’s brother and, just like her, he is a very opinionated person. He always has been. Ever since he was my age. In fact, we’re both following similar lives. My uncle was a disciple of Gamaliel, one of the best Jewish teachers; he was a firebrand, a zealot.

Now I am learning how to be a good follower of God too. I am doing my training and one day I hope to be a religious teacher. As I was finishing my day, I heard some men enter and talk to the other priests. They had made a vow, a promise that they wouldn’t eat until my uncle was dead, and they were willing to kill him. They wanted the priests to arrange a meeting; they would capture him on the way. It was a simple plan. They were going to kill my uncle.

I didn’t know what to do. He is family, and Mum says family is important even if we don’t always agree with each other.

It was my turn to take the food to Paul. If family or friends don’t give prisoners food, then they don’t eat. When you’re in prison, you’re just as likely to die of starvation than anything else. So I took the bread and water to the prison and gave it to my uncle.

I stood there, unsure of what to do, but as soon as I saw him I told him all that I had heard. It would be funny if it wasn’t so serious; I am now protecting my uncle from people he was exactly like, many years ago. He used to go after the followers of Jesus and now he is one himself.

Anyway, Paul called one of the centurions who took me to the commander and I told him everything I knew about the plot to kill my uncle. Fortunately, he believed me and told me not to tell anyone; that way they wouldn’t try to do something else.

Actually, I suppose I shouldn’t be telling you…

Continue your exploration of the Bible story by discussing these questions:

•Have you ever had to speak out about something you know? If you have an example, remember to share it as well

• How would you decide whether speaking out is the right or wrong thing to do?

•What does this story tell you about telling others about Jesus?

Explain that Paul’s nephew made a difference by speaking up and telling others what he had heard. It is often easier and simpler to stay quiet about something, to not tell others and just let things be. It is not always the right thing to do.

Ask someone to read Acts 23:11. Point out that Paul believed God was going to take him safely to Rome. Yet it was through the actions of his nephew that Paul survived this plot. In the passage, Paul’s nephew didn’t stay silent. In today’s world of social media, we know how people react when someone says something or stands up for a point of view. Quite often they can be bullied and abused for speaking out.

Make sure everyone has a piece of paper and a pen and ask them to write a short poem about their feelings when deciding whether to speak out or not. It can be on a specific subject, or about speaking out in general. Encourage the group to explore the feelings on both sides of the argument, to speak or stay silent. For those willing, give them time to share what they have written.

Finish the session with a simple prayer:

And may God’s will be done.