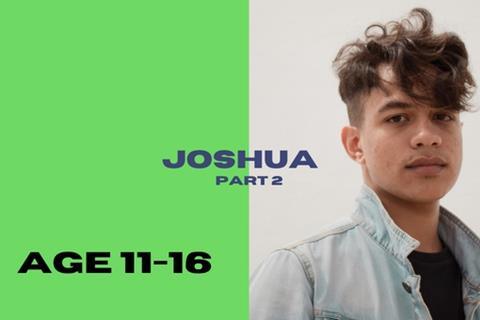 BACKGROUND: It’s easy to look at outsiders and say that they are not part of things or that they don’t deserve to be included. This kind of attitude is common as children and young people grow up and find their place. Excluding others can give a (temporary) sense of being included ourselves. However, in this story we meet Rahab who, by all measures, should not have been part of God’s story or plan. And yet God uses her, saves her and even makes her part of Jesus’ family tree.

Welcome the young people and spend  some time chatting about their week. Share out any refreshments you have  brought with you. Celebrate in their triumphs and share in their disasters, and perhaps share  a bit about your week with them.

You will need: matchsticks (headless matchsticks are available cheaply from craft shops or online. If you can’t get hold of them, use other tokens such as coins, beads or Lego bricks)

Play the matchsticks Yes / No game. Give everyone three matchsticks. They must mingle around the room, asking each other questions. Every time they trick someone into saying yes or no, that person has to give them a matchstick. Players with no matchsticks left can continue  playing  to try to get some back, but the winner after five minutes is the person with the most matchsticks.

After the game, ask if there are any people who can’t be part of God’s plan.  To whom would they say yes or no? What qualifies people to be included?

Gather the group together and explain that Joshua and the Israelites are camping on the banks of the River Jordan. Across the river lies the land God has promised them. However, there are already people living in the land. The first city the Israelites come to after crossing the river is Jericho.

Joshua sends spies into the city to discover more about it. But the spies become trapped in the home of Rahab, a woman – most likely a prostitute – whose house is in the city walls. Invite them to listen to the story.

Once the story is over, ask the young people to give their first impressions on what they have heard. Read Joshua 2 to the group and compare the two accounts.

Use the following questions to start the discussion. Encourage everyone to contribute:

You will need: a pile of damp sand; 28 small name cards for each person from the fol- lowing list; matchsticks from ‘Intro activity’; sticky tape; blank cards; marker pens Scatter the name cards around the floor. Read out the following as they look over the names:

Noah was a drunk. Abraham was too old. Isaac was a daydreamer. Jacob was a liar.

Leah was ugly. Joseph was abused.

Moses had a stuttering problem. Rahab was a prostitute.

Gideon was afraid. Samson was a womaniser. Naomi was a widow.

David was an adulterer (not to mention a murderer).

Jeremiah was too young. Jonah ran from God.

Andrew lived in the shadow of his big brother.

The Samaritan woman was divorced (more than once).

Martha worried about everything. Zacchaeus was a cheat.

All the disciples fell asleep while praying (and ran away when Jesus really needed them).

Mary Magdalene was demon-possessed. Timothy had an ulcer.

Paul was a Christian-killer. Oh…and Lazarus was dead.

Tell everyone to look over these names and choose one that they personally can identify with. Ask them to tape a match- stick to one side of it and symbolically stick it, like a flag, into the sand. Spend some time reflecting on the similarities and differences between yourself and that character, but finish by thinking of how God used the person and how he might use you despite, alongside or because of your shortcomings, cultural differences or uniqueness.

Create your own name card and stick it into the sand.

You will need: sand and name flags from ‘Creative response’

As you look over the sand with the name flags in it, pray a prayer which recognises that no one has ever been perfect, but that God has used everyone who loved him in some way throughout history to build his Church.

Finish by reading the above list again, but after each two or three lines say: “And God still used them.” The young people should reply together: “And he will still use me.”