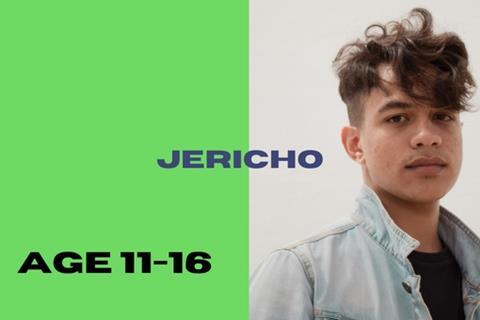 BACKGROUND: The story of the Israelites conquering Jericho is alien to our contemporary ears. We might find the unusual tactics surreal and the wholesale slaughter repulsive. It’s important to address these concerns if the young people bring them up, and to reflect on what is going on and why. It’s worth digging deeper into this for yourself before the session so you have some theories and ideas to share.

However, God is still at work here.

Joshua and the Israelites learn a valuable lesson in terms of obedience (no military leader would have thought this was a good approach for attacking a city!).

While God won’t call us to the destruction we encounter in Joshua 6, he may call us to act in ways that might not appear logical at first. How do we react in such situations?

Have a drink and snack together. Try playing the Malteser game to lighten the mood and get everyone chatting. The young people must tilt their heads back or lie on their backs and rest a Malteser on their lips. If they blow evenly but strongly enough they can make the Malteser float on a bed of air above their lips. Challenge them to see who can do it for the longest or get it the highest, but it only counts if they can drop back into their mouths afterwards!

How difficult was it? Did your group members think that it would be impossible before they tried it?

You will need: a football-sized ball Choose two or three ‘attackers’. Everyone else should stand in a circle facing outwards and link arms. They are the defenders. The three attackers  must try to kick or roll a ball into the circle without touching the defenders. The defenders can rotate, move around and use their feet, knees and hips to keep the ball out, but they must not unlink arms.

Once the attackers have been successful, change them over and play again.

Gather the group together and explain that Joshua and the people of God are ready to attack Jericho – the first major  city in their campaign – to take possession of the land God had promised them. Invite them to listen to the story.

Once the story is over, ask the young people to give their first impressions of what they have heard.

Use the following questions to start the discussion, encouraging everyone to contribute:

Spread the art materials and journaling notebooks out, then encourage the young people to create or write something that reflects what God has been saying to them through the story of the Israelites conquering Jericho. Have some Bibles handy so the group can check out Joshua 6 as they reflect and work. Don’t give any guidelines as to what they have to do; simply give them the time and space to respond.

With activities like this, the end product isn’t the most important thing. In fact, some might produce great stuff, while others come out with nothing. What is important is the process the young people go through. Creating something with their hands gives their minds and souls time to process what God is saying to them.

the young people need to reflect on more deeply, and this activity will help them do that. Make sure you and other leaders are free to chat if they want to talk about any of these issues.

You will need: wooden blocks (giant Jenga would be best, but ordinary Jenga, Lego or Duplo would also be suitable); small blank stickers; pens

Give everyone a pen and a sticker. Ask the young people to write a word on their sticker that gets in the way of them being a radically obedient Christian. Use these bricks to build a wall. Spend a minute or two alone, quietly looking at the words and praying. When everyone has had a chance to do so, invite them to smash the wall down.

Tell everyone to get another sticker and write a word of thanks or praise about something they are grateful to God for, then stick these over the previous ones on the bricks (it doesn’t need to be over their own sticker). Arrange these bricks into a cross shape and have the group members stand in a circle around it. Go around the circle with everyone reading a word from one of the bricks and praying a sentence of prayer to thank or praise God.