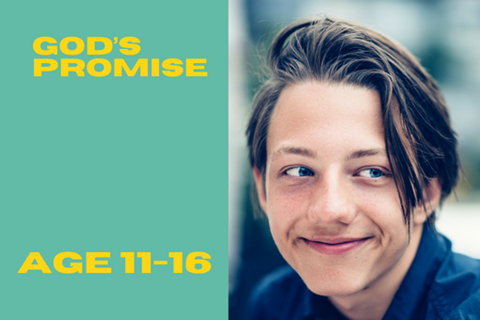 Background: Abram never doubted God, did he? Well, actually, it looks as though he did. But it’s understandable that Abram had a few questions given how extravagant God’s promises were, and how long he had to wait to see those promises fulfilled (the action in chapter 15 happens about ten years after the initial promise in chapter 12). During this session, try to communicate that it’s OK to have questions about God and his plans, but it’s what we do with those questions that matters. In the end, Abram chose to believe God. And we should do the same.

Serve drinks and snacks, and take the opportunity to catch up with your young people. See what news they have from their respective weeks. Moving on, ask when they last heard a piece of news they just couldn’t believe. This might be something they read in a magazine, something a friend shared on social media, or a tall story someone at school told them. What was it that made this story unbelievable?

You will need: internet access; laptop, tablet or mobile phones

Challenge your young people to dig up a few examples of fake news. Give them ten minutes to find and debunk as many rumours, urban myths and dubious news stories as they can. If you can provide a laptop or tablet with internet access, that’s great, although this activity usually works just with mobile phones.

The young people can start by trawl­ing social media or gossip websites for leads (or just thinking of any urban myths they’ve heard recently). They can check how credible these stories are by doing an internet search for keywords relating to each article. If no other websites mention the story, it’s likely to be a dud. Snopes.com is useful for fact-checking.

This activity should get your young people thinking about how we know we can trust someone and believe what they say. (Plus learning some basic fact-checking techniques will help your young people engage with social media wisely.)

You will need: paper; pens; laptop; projector; images of stars from images.nasa.gov

Before the session, visit images.nasa.gov. Go to the ‘most popular’ tab and down­load a few images of stars. There are some absolutely staggering photos avail­able. Choose some with so many stars they’d be impossible to count, and save them to your laptop. Use a projector to show the star images during this activity.

Divide the young people into groups of about three or four. Give each group a Bible, paper and pens. Ask each group to read Genesis 15:1-8 and make two lists: reasons for Abram to believe God’s promise and reasons for Abram to doubt. They can base these lists on what they find in the passage itself and on their own ideas. Take feedback from each group.

Then discuss verse 5 while looking at the star images. Why does God show Abram the stars at this point? Do you think it makes any difference to whether Abram believes God’s promise? If so, how?

Use the following questions as a starting point for a discussion on faith and doubt:

Before the session, cut stars out of white or yellow card. You’ll need enough stars for each of your young people to have one, and they’ll need to be big enough to write a simple message across the middle.

Give each person one of the prepared stars. Make Bibles and felt-tip pens available. Invite them to write or draw something on their star that will encour­age them to trust God when it’s difficult to do so. For example, they could write: “Abram believed the Lord”, “Genesis 15:6” or “Look at the stars”. They can also use the felt-tip pens to decorate their stars. As you work, carry on the conversation about the story, and about faith and doubt.

Encourage the young people to take their stars home and leave them some­where they will see them often, for example stuck to a mirror, to remind them to keep trusting God.

You will need: large box with a slot in the lid; pens; paper

Before the session, find a large box with a lid. Cut a slot in the lid, large enough for a piece of paper to be easily posted through.

Give out pens and paper. Let the young people reflect on any doubts they might have about God or following Jesus. Invite them to write down some­thing that represents these doubts, and to tell God what is on their minds. When they’re ready, they can fold up their paper and leave it in the ‘doubt box’ as a sign that they’re handing their doubts over to God.

Finish with a short prayer thanking God for keeping his promises, and asking him to help us all overcome our doubts.