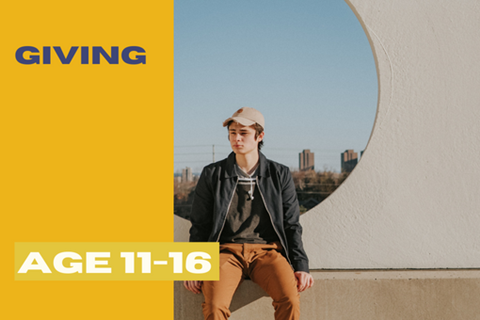 BACKGROUND: This passage is the part of the Sermon on the Mount where Jesus talks about giving in secret. Today’s session looks to take this simple but important passage, to understand why it is important and to have fun while putting it into practice!

Welcome everyone to the group and share out your refreshments. Catch up on how the young people’s weeks have been.

You will need: playing cards

Before the session, take out one king, one queen, two numbered hearts and all the numbered clubs. You should have one card per young person (if you need more cards, use the numbered spades).

Shuffle and deal out cards to everyone in the group, explaining what they mean. The king is the detective, the queen is the doctor, the two numbered hearts are the mafia, the numbered clubs (and spades, if you are using them) are villagers. Everyone should keep their card secret.

Narrate a story with these details, embellishing them according to your own style. It’s night-time and everyone should close their eyes. Ask the mafia to wake up and silently choose a victim. Once they’ve agreed on one, the mafia can go back to sleep. Ask the detective to wake up. They have to guess someone who might be part of the mafia by pointing at them. Confirm  if they are right, then ask them to go back to sleep. Finally, ask the doctor to wake up. The doctor now has to choose who they might save from the mafia. If they pick the person the mafia members have chosen to kill off, that person survives. They can choose to save themselves if they wish. Then ask the doctor to go to sleep.

Invite everyone to wake up. Explain what happened during the night: who was killed off by the mafia or saved by the doctor.

Then the group needs to start a discussion about who might be part of the mafia. If  someone strongly accuses  someone  and is seconded by someone else in the group, the accused has to make a defence. After this the group can vote for whether they think the person is guilty or not guilty. If  they are voted as guilty they are eliminated, even if they are innocent.

Repeat the night-day cycle until either the mafia have killed  everyone else  off or the mafia members are caught before everyone is killed off!

Play the game for as many cycles as you have time for. If you are worried about not having enough time at the end you could always suggest playing again at the end if you’ve got through everything else.

Ask the group to read the passage quietly   in their heads. (If anyone needs help, make sure they have a leader or buddy to read the passage aloud to them). Ask everyone to read it through more than once, taking time to let the message sink in and allowing different things stand out.

Afterwards, ask them about how they find reading the Bible in their heads (or listening to it). What did they think of the passage? Is it one they already knew?

Ask them to share the key points Jesus is making here.

Use these questions as prompts to discuss the passage, but also allow the group to explore ideas around the topic and to ask their own questions:

You will need: pens; paper

Split the group into pairs and ask them to come up with ways that you can plan to give to needy people in quiet ways. Ask them to think about the people in their community who have needs and to discuss things that you might be able to give them. Ask them to make specific plans with each other as a pair and come up with ways that they might do that. Encourage them to think about giving in more ways than just offering money. They could give time, do helpful things for people or make things as well as donating money or giving material gifts.

Ask everyone to take  a  chocolate bar to give to someone. Explain that you are doing some guerrilla giving! Get them to think of someone they would like to encourage and pray for this week. Get them to write an anonymous message to that person on a luggage label and tape it to the chocolate. Get them to think about who that person might be and whether it’s appropriate to tell them they are praying for them. If you’re meeting at the same time as a church service you could challenge everyone to think of someone in the church.

Once they have written their messages they need to take their  chocolate  bar away and stealthily give it to their chosen recipient: putting it in the person’s pocket, in their bag, among their stuff, on their car windscreen or through their letterbox. Or you could ask someone else to give it to that person on your behalf to keep it extra stealthy!

Ask the group to commit to praying for that person in the week ahead, and end the time by praying the following prayer:

“Jesus, you told us to be people who give, not for show but to be like you. We pray for ourselves, that you would help us be more giving, and for the people we’re giving chocolate bars to, that you would be with them. Amen”.

BECCA DEAN is a writer and PhD researcher in Durham. Her book, Be Live Pray, helps young people engage with prayer and spirituality in inclusive and creative ways. She blogs at beccaislearning.com