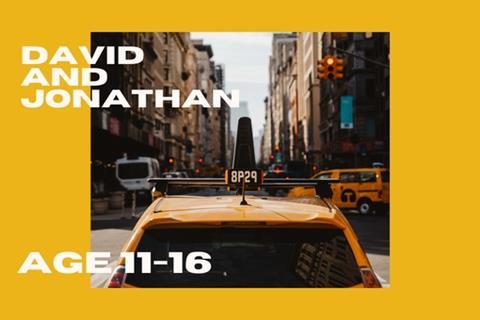 Background: You can’t help feeling sorry for David. He’s been anointed king but still seems a long way from the throne, acting as a servant to the current king, whom God has already rejected. If that wasn’t bad enough, Saul is becoming increasingly paranoid and lashing out at the people around him. David, in particular, has become a target for Saul’s rage. Fortunately for David, he has a friend with enough courage to speak up for him. This session will prompt your young people to think about other tyrants, and how ready they are to confront them.

Ask one of your more self-confident group members to help you serve refreshments to the rest of the group. Make sure there are plenty of tasty snacks and drinks for the group, but don’t let your helper have any. Reward them with a breadstick and a glass of water.

See how the young people respond and note whether anyone speaks up about this blatant injustice. You could briefly protest that you’re the leader and can do what you like, especially if you want to provoke a reaction. Follow this up by apologising to your helper, thanking them for their help and giving them an extra big bar of chocolate (or similar treat) for their trouble.

Point out that some things in life are completely unfair. But when we notice something unfair, it’s up to us to decide whether to do something about it or not.

Have the young people sit in a circle on chairs. Ask for a volunteer and tell them to leave the room. In the volunteer’s absence, quietly choose someone in the room to be the ‘leader’. Everyone else in the circle must copy the leader’s movements, but quickly, so that it’s difficult to tell who the leader is.

Bring the volunteer back in. Challenge them to identify the leader based on how the rest of the group is behaving. Allow three guesses. The leader should become the volunteer for the next round. Play as many rounds as time allows.

You could explain that some leaders influence people well and look after them. Other leaders give people a really hard time. Standing up to leaders like that can be difficult.

Prepare three sheets of flipchart paper. Label one ‘Jonathan’, another ‘David’ and the third ‘Saul’. You could draw a simple picture of each character in the middle of the paper (just a stick drawing is fine). Lay these sheets of paper out in three different places around the room.

Ask the young people what they learn about David, Saul and Jonathan from this passage. Invite them to write their thoughts on the sheets of paper around the room. After a few minutes, look at each of the papers and read out some of the most interesting comments.

Next, ask the young people who they think the hero of this story is, and why. Point out that God is never mentioned in this passage. Why is that? What do they think God would have thought about this whole episode?

Use the following questions as a starting point for discussion, following on from the 1 Samuel reading:

You will need: flipchart paper; black and red marker pens; examples of injustices

Label three sheets of flipchart paper with ‘World’, ‘Britain’ and the name of your town. Arrange them around the room. It might also help if you provide the group with some examples of obvious injustice. You could try csw.org.uk, opendoorsuk.org or amnesty.org.uk for useful material.

Encourage the young people to think about where they see injustice around the world, across their country and in their local community. Give out black pens and let them jot down some examples of injustice on the three sheets of flipchart paper. Next, give out red pens. Ask the young people to reread the problems they’ve identified and write down some ideas of how these situations could be changed.

Finish by discussing which of these ideas the group could put into practice. Encourage them to do those things.

Ask each young person to think of a person or group of people who is / are suffering as a result of injustice. They may already have someone in mind, following ‘Creative response’. Invite everyone to light a candle as a sign that they are praying for God to bring justice into this situation.

Next, invite everyone to light a second candle, this time for themselves. Encourage them to pray quietly that God will give them courage to confront injustice in his name.

Perhaps finish with a spoken prayer of your own, asking God to help each of you bring his justice to an unfair world.