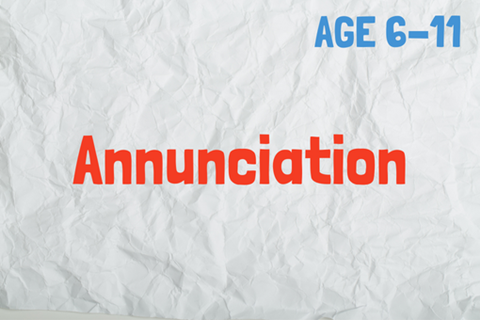 Background: God’s people have been waiting a long time for him to send the Messiah. More than 400 years previously, God had given lots of messages to his prophets that pointed towards a special person who would come and make everything right between God and his people. However, God doesn’t seem to have said much on the subject since then, and peace seems a long way off in the midst of Roman occupation.

As you begin the session, invite the children to sit together in a circle and pass round a simple object. When a child has the object they can share their response to the question. Sometimes it’s helpful to have a sand timer so you have time for each person to share if they want to. If a child doesn’t want to say anything they can just pass on the object. Ask the children to share about anyone they know who has had a baby.

You will need: pictures of famous people and their children

Before the session, find photos of celebrities and their children and print them out. Mix them up and stick them around your room. Challenge the group to guess which children belong to which celebrities. How did they make their decisions?

You will need: simple costumes and props

Today’s story is about a Jewish girl called Mary. Dress someone up as Mary. Mary was just an ordinary girl. We think she was still a teenager.

One day Mary was just getting on with life when God’s chief messenger, the angel Gabriel, showed up to talk to her! Say that we always make angels cute, with lots of sparkles, tinsel and fairy wings, but actually in the Bible, angels are powerful and a bit scary! Choose a child to be the angel and challenge them to strike a powerful, imposing pose.

We know angels are scary because every time they show up in a story the first thing they say is: “Don’t be afraid!” Gabriel comes to visit Mary and the first thing he says to her isn’t: “Don’t be afraid!” (though he does say that as well) but rather: “God thinks you are really great!” Depending on the age and confidence of your actors, you can have them repeat the words of the conversation or not.

Mary was super confused, and she wondered why the angel had come. Gabriel told her that she was going to have a special baby who would be king. His name would be Jesus. Mary was really confused now because she wasn’t even married yet, and in those days you didn’t have a baby before you were married or you would get in a lot of trouble. She told Gabriel she didn’t think this could be right. But Gabriel told her it absolutely was right and that nothing is impossible with God. So Mary said: “OK, God is in charge and I’ll take part in this story and have the baby.”

Mary wasn’t married yet, but she was engaged to a man called Joseph. Choose another volunteer. When Mary told Joseph she was going to have a baby, he was also pretty confused. He didn’t know what to think, so he decided to break off the engagement. He decided to do it quietly so Mary wouldn’t get into trouble. However, before Joseph could do it he had a crazy dream where an angel showed up and told him Mary was going to have a very special baby who would save the world. Joseph said he would stay with Mary and be part of the story.

You will need: people shapes in ready-cut card (you can buy these from craft shops or online); blue and white paper; scissors; glue sticks; felt-tip pens, pencils or crayons; hair-coloured wool; paper fasteners

Before the session, cut circles out of the blue and white paper that will fit on the stomach of the card person. Let the children decorate the people shapes to look like Mary in a blue dress. Give everyone a white circle and let them draw a baby on it. Stick the circle on Mary’s tummy. Now attach a blue circle over the white one using a paper fastener so it can be pushed to one side to show the baby in her tummy. As you work, chat with the children about the story and what God might be saying to them.

Ask the children to put their hands on their tummies. Say that God put a special baby in Mary’s tummy. He probably won’t do that again, but he does put stories inside each of us. He puts his story there and we get to decide if we want to join in with it. Our stories are all different and they match up with who we are and what we love to do.

While the children are quiet, encourage them to ask God what stories he is beginning to grow inside of them. If you have time, you could hear the stories they have. Thank God that he puts stories in each of us, even if we don’t know what they are yet.