A son for Abraham

By Claire Benton-Evans is the author of the All-sorts Worship series, All-sorts Prayer and the new Beastly Bible Stories series. She is the youth and children’s officer for the Diocese of Edinburgh. 2018-02-12T00:00:00+00:00 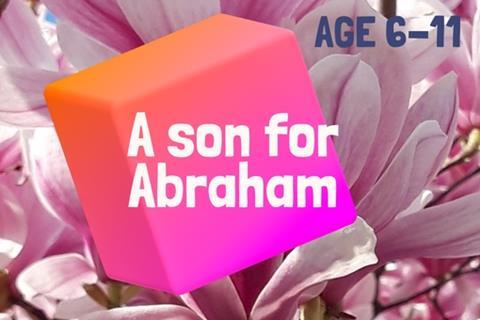 Background: There is a puzzle in this story. How many visitors did Abraham have? Children are invited to ponder this detail, helping them discover that they need to think carefully about Bible readings, as they are not always straightforward. When discussing “Nothing is impossible with God”, be aware that some children may question why God didn’t cure a grandparent’s cancer, for example. There isn’t an easy answer, so don’t attempt to give one. The prayer response lets children offer difficult things up to God..

As the children arrive, chat about what makes them laugh. Tell each other jokes or funny things that have happened to you this week.

Introduce children to your imaginary Museum of Impossi­ble Things. What exhibits would they suggest? Start them off with some examples (a self-tidying bedroom, a money tree), then gather their sugges­tions. Do we agree that all these things are impossible? There may be some debate!

Invite the children to choose a number card and explain why they have chosen it. What does the number make them think of? Ask those who have chosen the biggest number to say what it is. Then tell the following story.

Each of your numbers is important in today’s story. Remember it as you listen, and see what part it plays. If you like, you can wave it when you hear it.

This story goes back long before even your great, great grandparents were born. This story goes so far back in time that we don’t know exactly when it happened, so we’ll say it happened around 4,000 years ago, or thereabouts. This story starts with Abraham. You remember him. He’s the man God chose, and God promised him that his family would be so big he wouldn’t be able to count everyone in it!

Invite the children to say the biggest number they can count to.

Abraham’s family would be bigger than that! But so far, Abraham and his wife, Sarah, had no children of their own, and they were getting very old.

So 4,000-ish years ago, Abraham was at home in his tent in the desert when three strangers (or was it only one?) stopped by. It was the hottest part of the day, and everyone was dozing, including Abraham. Well, he was 99 years old! When Abraham saw he had guests, he leapt to his feet and said to the stranger: “Welcome. Come in, rest and let’s give you some refreshments.” So the stranger (or was it three strangers?) thanked Abraham and sat down in the shade.

Abraham called for water to wash the strangers’ feet (were there two feet or six?). He called his wife, Sarah, who was also having a nap. Well, she was 90 years old! Sarah set to work making some bread rolls, while Abraham chose a calf to roast. He served the meat with Sarah’s fresh bread, butter and milk; a delicious feast for one special guest (or was it three?).

The special guest ate the feast and said: “When I come back, your wife Sarah will have a son.”

Inside the tent, Sarah overheard this and chuckled quietly to herself. “Me? A mum? At my age?! Ha ha ha! Impossible! That’s a good one!”

Then the guest said to Abraham: “Why is Sarah laughing? Is anything impossi­ble for God? When I come back, she will have a son.”

And so the three guests (or was it only one?) went on their way, and sure enough, Sarah found that she was going to have a baby. When he was born, nine months later, she called him Isaac, which means ‘laughter’.

Chat about this story using these questions:

Display the sliding scale and write two events from the story on two lolly sticks: ‘Having a baby at 90’ and ‘Being one person and three people at once’. Invite children to place the sticks somewhere along the scale. Are these things easy, hard or impossible for us to do?

The children can take lolly sticks and write or draw some more things that are hard or impossible for them, or for human beings generally, for example maths, deal­ing with bullies, curing certain diseases. Place these sticks along the scale.

Invite the children to suggest some hard or impossible things that the Bible says God did (for example turning water into wine, bringing someone back from the dead). What did doing this activity make them think about God?

You will need: sticks and pens from ‘Creative response’

When God told Mary she was going to have an impossible baby called Jesus, his angel said: “For nothing will be impossible with God” (Luke 1:37). Say that you’re going to take the things that are too hard for you and offer them to God in prayer.

God, we offer you the things that are too difficult for us, and leave them in your hands. Amen.