How much do you pay the tooth fairy? Teaching your children about money

Claire Hailwood is teaching her children lessons on money she hopes will stand them in good stead. 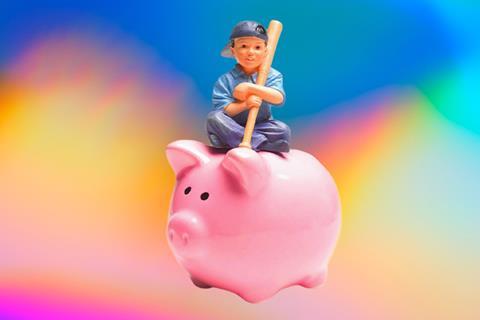 If the tooth fairy comes at your house – how much do they leave? I heard of someone recently who got £5 per tooth. That’s around £100 per child for a full set of teeth!

Who decides the going rate for teeth? Are there regional variations?

What about pocket money? Or allowances? When does that start? How much do you give at what age? Are there conditions attached to its spending? Is it payment for household jobs or is it unrestricted? Is it the same for every child? Is it linked to the cost of living (as my canny teenager suggested it should be as she lobbied for an allowance rise this week)? For a fairly recent survey of pocket money amounts - go here: rooster money

What do we want our children’s relationship with money to be? What part do we have to play in all things financial? In a school system full of opportunities to learn, basic budgeting and finance or education about taxes doesn’t seem to play a large part of most curriculums. And in a society where more and more people are struggling with debt and in the current cost of living crisis, the importance of our role in this seems more important than ever.

I’m not sure there’s a ‘right’ answer to all these questions or a one size fits all approach, but I’d like to suggest four principles to frame our thinking.

We are not good at talking about money. What we do with our finance demonstrates the priorities and condition of our heart. Sometimes that reveals fear, pride or makes us defensive in conversation. Sometimes we can (wrongly) think that having resource or wealth is somehow ‘wrong’ as Christians so we avoid conversation for that reason.

Let’s model talking about it in a way that our children can understand. Let’s talk about money with and in front of our children so it isn’t something secret or hidden. That doesn’t mean sitting our 10-year-old down with a spreadsheet of our actual incomings and outgoings but having regular conversations with or around them about the choices we have and have to make with the resource we’re given.

All we have, including our money are resources  we have been given and called to steward. I’m married to an operations director who oversees finance, and one of the things he’s passionate about and that our children hear regularly, is that what we own shouldn’t own us – it’s a gift from God for us to steward well for His kingdom.

It’s a privilege that not everyone has. There is gross inequality in the world which can feel overwhelming because we cannot as individuals, couples or families solve it on our own. So where do we start? By stewarding what has been entrusted to us with prayerful care and joyful hearts.

The children that we’re raising aren’t ‘ours’ to raise, but children God has gifted to us. Our finance, like the earth and everything in it, is God’s. It’s tempting, alluring, fleeting but famously you ‘can’t take it with you when you go’.

We have the privilege of using and stewarding and maximizing our impact here.

If you’re raising children with someone else, then maybe you’re fantastic at talking about money together and always agree on how you spend it and your priorities. Perhaps it’s more challenging for you?

Nothing has refined my character like parenthood. Nothing has revealed the flaws in my character or the condition of my heart like the younger humans who’ve shared my home with me. And that includes helping them learn about money.

We give our teenagers an allowance with certain responsibilities for items to buy each month. One of my teenagers is a natural saver. She researches items to buy and saves the rest.

Money skims through my other teenager’s bank account on day one of each month and she regularly runs out of ‘essentials’ having used her allowance to fund other things.

This lines up with their different characters, one a nurturing, pastoral safe space, the other a visionary with more ideas each day than most have in a month.

These principles are not to create clones of our children but to ground them in healthy principles that release them to flourish.

Another important principle for us is to prioritise ‘giving’ first before anything else.

Having been on a journey out of debt ourselves, we’re passionate about the freedom that comes with budgets, so some of the skills and principles in that are things we want to pass down.

What are your non negotiables? What are the things you want to raise your children to believe in and the practical knowledge you want them to have? Model those things as well as talk about them. They might not be the same as other people’s but if you aim at nothing that’s what you’ll get!

Our kids will make mistakes in how they spend their money, where and whether they use it wisely. They’ll lose money or their card, they’ll buy knock offs thinking they were real, and all sorts of other things that have the potential to be frustrating for them (and us).

Let’s create a culture where it’s OK to make mistakes. Where there’s a safety net in us as the adults raising them that gives them courage and opportunity to try again. Let’s talk about mistakes we’ve made and what we’ve learned and changed as a result.

And just FYI, our tooth fairy only deals in coins.