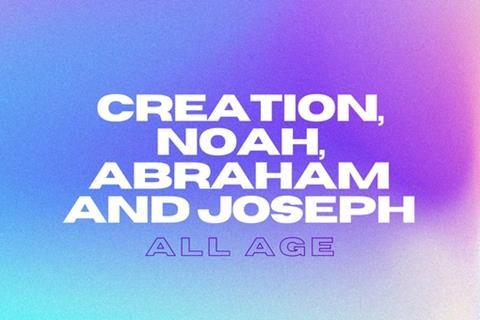 God creates the world, including human beings, and declares it “very good”.

Humanity has gone its own way, with people doing what they want and ignoring God’s way. All except Noah and his family. God decides to wipe out evil from the world and start again with his faithful friend.

God calls Abraham to go to a new home, and he promises that his family will be as many as the stars in the sky or grains of sand in the desert. God’s promises seem impossible, but he sticks to his word.

Boastful Joseph is hated by his brothers and is sold into slavery in Egypt. However, over a long life, God puts Joseph into a position of power, so that he can save his family from starvation and be reunited with them.