The Association of Christian Teachers has called for the Church to play a bigger part in the British education system, after a new report said that schools have failed students on every measure. 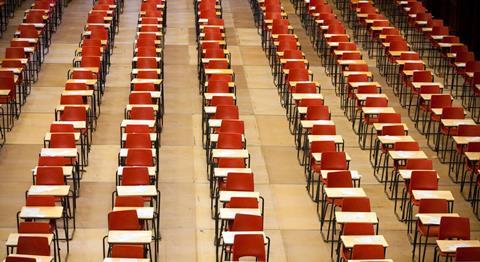 Research by the Times Education Commission has found more than half of parents with school-aged children believe classrooms don’t prepare pupils for life or work.

It also revealed that nearly two-thirds of parents feel the school system places too much emphasis on exams and more than half feel that’s bad for pupils’ mental health.

Executive officer of the Association of Christian Teachers, Lizzie Harewood, told YCW that she wouldn’t go as far as saying schools have failed children on every front, but does believe there are several key issues including the heavy focus on exams.

“Exams have been a major source of emotional stress, not just for teachers, but for students…with some students refusing to open an exam paper or to even write their name on the exam paper.”

However, she says there are students who are overly concerned with performing and will go too far with the rigour of their preparation, which in turn leads to great stress and anxiety.

Harewood added: “As Christian teachers, we need to have that perspective that exams aren’t everything, but nor is a career, nor is a family, or happiness.

“It gives us this great opportunity, when we are Christians in education, to speak personally of how our trusting God puts our worry in perspective. God has a plan for our lives no matter how we feel it might all depend on one certain day and one exam.

“I think the better we model this, the more curious students will become. And we can help them to develop their character, as well as perhaps show them something of Jesus in the classroom.”

The report also condemned “shocking” regional disparities, as one primary school in Nottinghamshire reported that some children started school unable to say their names and that half of their pupils in reception and nursery were not toilet trained.

It also recommended that UK teachers have more training on how to identify students with special education needs.

A Department for Education spokesperson said in response to the report: “Our Schools White Paper sets out a clear roadmap for levelling up education in England, including targeted support both for individual pupils who fall behind and whole areas of the country where standards are weakest, alongside ambitious targets for raising pupil attainment by the end of primary school and GCSEs.

“Our ambitious education recovery programme is already getting children back on track following the pandemic, with the revolutionary National Tutoring Programme providing nearly two million courses of high-quality tuition for the children and young people who need it most, together with additional funding for schools to use, to provide further tailored support for pupils.”

While Harewood acknowledges the government’s strategy, she isn’t confident all the measures will bring about true systemic change and urges the Church to play a greater role in schools.

“Church leaders and members of congregation, they have an immense role to play in supporting Christian teachers, in supporting young people and students.

“I’d say the first thing they can do is to pray. Pray for the young people in their area, pray for the schools in that area, pray for leaders in the schools and teachers and governors especially.
“Why don’t church leaders think about developing relationships where they can go and support schools, perhaps even becoming governors?”

She also suggested that Christians offer to volunteer at school assemblies and ask if they can help with a sort of Christian club or Christian Union.