If you think your child has an unhealthy obsession with a ‘star’, Claire Hailwood has a way for you to approach things 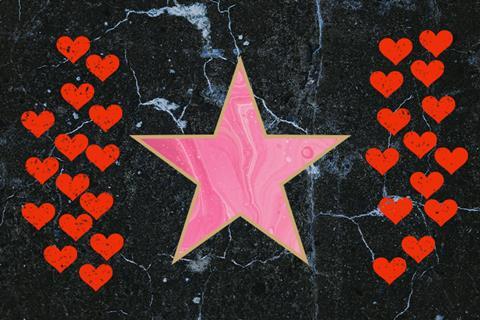 A year and a half ago, one of our teenagers became obsessed with a particular YouTuber. They set alarms to watch the latest video as soon as it was released, developed an encyclopedic knowledge of their back catalogue and clicked every affiliate advertisement link shared in order to populate various birthday wish lists with all the merch.

I started to learn too, keen to understand who this youtuber was, their values and the content they put out. But also, honestly, so I could participate in the many conversations about them in our home!

Here’s my confession – I didn’t like it some of it. I sometimes felt uncomfortable and became worried that my teenager was becoming obsessed with this youtuber in an unhealthy way. This wasn’t because there was inappropriate content (most of it seemed harmless but achingly banal to me), but more because of the impact it had on our teenager.

Perhaps unsurprisingly, this ‘obsession’ fizzled out.

Around six months ago, a new name emerged and was followed on every social media platform going. This time it was connected to their love of horses. Similarly, our teenager learned huge amounts about this individual’s story, what they and their horse ‘wore’ (yes it matched, and no I didn’t realise it could either) and birthday wish lists were populated with different items.

There were so many similarities in how this worked out in our teenager, but this time I was less worried.

Because I had matured as a person, had an epiphany that I should just ‘chill’ and accept I was just too old to understand this new generation of role models? Because I was slightly deluded and felt that because the content was connected to her hobby, it therefore posed less of a ‘threat’?

The truth is probably somewhere between the two.

And of course, this is nothing new. At 14, there wasn’t much that I didn’t know about Take That, (particularly my favourite) but I always wanted to know more. I remember sobbing on the driveway because I had to miss Take That’s latest appearance live on TV. Were they perfect role models? Probably not (who is?) Was I obsessed?

Adolescence is a beautiful (and challenging) time of discovery. We get to explore and imagine what we could be, who we are, how we like to dress and what brings us alive.

Like it or not, much of that is informed by the world around us. As adults we can get scared because ‘what if… [insert any number of possibilities here]’

But I wonder if some of this exploration, including various obsessions, is important, and journeying with them is a key way to stay connected, learn, guide and encourage them through. We get to provide safety and boundaries for them to experiment, remaining close to help frame some of this time with them not for them.

1. Continue to trust the foundations we’ve laid in their lives that will support them to make good decisions about who to follow, when and why.

2. Keep communication open and consistent so we can ask questions without our teenagers feeling we’re shutting down their exploration entirely. It doesn’t need to be personal or pointed about a particular person or obsession, but more broadly, exploring for all of us what and who influences us. We’re all being formed by something – talking about it means we’re more likely to allow that formation to happen intentionally rather than accidentally.

3. Interrogating my own fears, motives and prejudice, and changing those where I need to. As I do that, I’m in a better position to discern where the line between unhealthy obsession and intense fandom might be (and if it matters).

It also means that if there are tricky conversations to be had – most likely through ‘wondering aloud’ in conversation with our teenagers – I’ve searched my own heart first, with God, which will inevitably improve how I approach those conversations.

4. I take any opportunity for deeper connection in relationship with my teenager. I’ve learned lots - some has been bewildering, some has inspired and challenged me. Teaching and learning should flow both ways with the teenagers in our world.

5. Continue to hold firmly to what I believe is right and true, and hold these boundaries with and for my kids when appropriate, however unpopular I may (hopefully temporarily) be.

The Bible reminds us not to be consumed by the things of this world, its patterns and obsessions, but instead to be transformed by the renewing, the changing of our mind to be more like Christ (see Romans 12:2).

I want to be consumed by the stuff of the kingdom, which has eternal value, and I want to model that in my home in a way that inspires my teenagers. Some of that inspiration will come through creativity and innovation from youtubers that awakens and inspires something of the kingdom of God in me. Some of it will require me, in my life, and as I parent, to take a stand and turn from things that are ungodly.

How will I know? By walking more closely with God, seeking after His kingdom first and asking over and over for the wisdom that He promises to give freely and abundantly when we ask!