“At the going down of the sun and in the morning
We will remember them.”

We adults are familiar with these words from ‘The Fallen’ by Robert Laurence Binyon but do they mean anything to our young children?

75 years ago Operation Neptune began - the largest seaborne invasion in history. Today, not many of the young men who carried out the landing are still around to share their experiences, but their stories shouldn't be forgotten.

Two years ago Mollie Stonelake was the  standard bearer for the Remembrance Day service in her home town in Cornwall. Mollie’s father was wounded in a bomb blast in Afghanistan while serving in the Royal Artillery and her mother is a former Royal Navy Able Rating. Mollie went on her first parade when she was just 5. Her story sets a profound example for our children and young people.

Mollie’s experience is unique. Most children probably don’t know anyone who has been in a war zone. Their grandparents, unlike ours, are not old enough to have lived through one of the World Wars. And with a very small percentage of the UK serving in the military, many of our young people may never have met an active serviceman or woman.

“They went with songs to the battle, they were young,” says Laurence Binyon’s poem. Again, there may be scarce recognition that many of the soldiers who have gone before us were little older than some of our young people.

It is important, therefore, that those of us who do remember the fallen share their stories of sacrifice, courage and loss with our children.

My dad was an army chaplain so when I was younger, we spent a lot of time remembering my dad’s brave colleagues and supporting their families. Brenda Hale, who lost her husband Mark in Afghanistan, told Premier Youth and Children’s Work  how important it is for her family to remember not only Mark but also his fallen friends. “We also remember all those other families and our lives are interwoven with them.”

As well as remembering service personnel, we can also use days of remembrance to encourage children to remember what God has done for us.

Our soldiers past and present sacrifice their lives so that we can live in freedom. But God’s ultimate sacrifice has brought us the ultimate freedom. Jesus willingly chose to lay down his life so that we can all be free and it’s important to remind our children of this good news. “Christ offered himself as a sacrifice that is good for ever…by his one sacrifice he has for ever set free from sin the people he brings to God.”

Remembrance Day is a time to remember those who have sacrificed their lives so that we can be free. But it can also be a great time to look back and remember God’s help to us in the past. 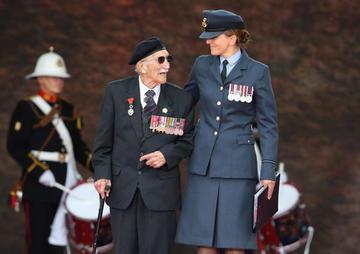 One of my favourite Bible stories is tucked away in the Old Testament. I doubt it’s often expounded in our Sunday schools but it’s overarching message has been incorporated into many sermons and hymns since.

1 Samuel 7 speaks of Israel’s bloody battle with the Philistines. So far, so spectacularly un-child-friendly. But then we get to verse 12. Having defeated the Philistines, Samuel (Israel’s prophet) lays a stone and calls it ‘Ebenezer’. Far from meaning a Grumpy Christmas-hating miser, this Hebrew word means ‘stone of help’ and while Samuel lays the stone down, he says this: “Thus far the Lord has helped us.” The stone is laid to remind the Israelites of God’s help in the past so that they can be confident that he will continue to do so in the future.

We too can encourage our children (and ourselves) to remember the times when God has helped us. Not just in a ‘prosperity gospel’ kind of way, remembering the good things he’s given us, but also by recalling God’s presence even in our darkest moments.

Let’s raise our remembrance stones of help. Let’s encourage our children to be thankful for the sacrifices of the fallen. And, most of all, let’s point them to the greatest sacrifice of all, which has led to our forever freedom.