What does the Bible say about dinosaurs?

Mentions of God’s creation appear at various points thoughout the Bible but the main place where we read about this is in the first book of the Bible, Genesis. Genesis doesn’t talk about dinosaurs roaming the earth. But then neither does it mention cats, penguins or squirrels! 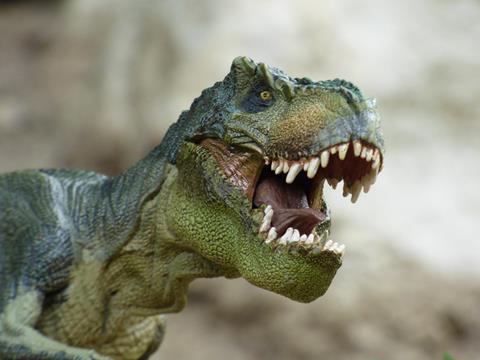 This month, we spoke to some Year 2s:

Child one: “Why does the Bible say that God created people when there’s clear evidence that dinosaurs were around?”

Child two: “Does it not mention dinosaurs in the Bible, then?”

Child one: “A thousand per cent. There’s absolutely rock-solid evidence of dinosaurs!”

Child one is right that the Bible doesn’t directly mention dinosaurs at the point where it says that God created people.

Mentions of God’s creation appear at various points thoughout the Bible but the main place where we read about this is in the first book of the Bible, Genesis. Genesis doesn’t talk about dinosaurs roaming the earth. But then neither does it mention cats, penguins or squirrels! Just because the Bible doesn’t directly refer to something doesn’t mean it didn’t exist.

Dinosaurs seem to pop up at other points though, particularly in Job, which many think is the oldest book in the Bible. Job 40 mentions a creature called ‘a behemoth’, which feeds on grass and has “power in the muscles of its belly” (verse 16). Verse 17 says: “Its bones are tubes of bronze, its limbs like rods of iron.” And then there’s its tail, which “sways like a cedar”. I don’t know wheth - er you’ve seen a cedar tree but its trunk is long and thick, arguably a bit like the tail of a brontosaurus or brachiosaurus. Job 41 refers to a powerful and terrifying creature called the ‘leviathan’: “Nothing on earth is its equal – a creature without fear” (verse 33).

Dinosaurs point to a bigger question: how old is the earth? Some Christians think it isn’t old enough to have housed dinosaurs. Using family trees in the Bible, they trace the start of the world to between 6,000 and 12,000 years ago. They believe in a very ‘young’ earth.

The issue here is that fossils suggest dinosaurs existed billions of years ago, making the earth much older. Christians who believe in a ‘young’ earth may argue that either dinosaurs never existed, or that they lived here much more recently and fossil dating is unreliable.

However, many Christians think the Bible does fit with a much older earth. Perhaps the ancient system of charting generations or people was different from today, or maybe the Bible only includes particular families or individu - als rather than complete family trees. If so, there’s no issue with dinosaurs exist - ing billions of years ago.

Some Christians believe the world was created in seven literal days. According to Genesis, God made land animals and humans on the same day. This doesn’t allow for the 60 million year gap between dinosaurs and humans that palaeontologists (fossil experts) generally think occured after dinosaurs became extinct. Christians who read Genesis literally might therefore argue that dinosaurs never existed, or that they existed at the same time as people. They might point to ancient cave drawings of dinosaurs to imply that humans and dinosaurs lived together.

However, many Christians don’t think the biblical creation account needs to be read literally (see page 11). They would argue that these parts of Genesis weren’t meant to be read as historical documents or scientific textbooks but as a poetic cele - bration of God’s handiwork in creation. Some Christians view the seven days in the creation account as seven periods of time, which could still allow for dinosaurs being created millions of years before humans. If we go back to the behemoth, Job 40:19 says: “It ranks first among the works of God.” If humans were among the last works of God, this would allow plenty of time for dinosaur extinction.

There are also many Christians who think the order of creation follows the order of evolution, and therefore think God-centred evolution fits with the Bible. They might suggest that, far from being a theory that excludes God, evolu - tion points to a designer who helped craft the process.