Who made the devil? 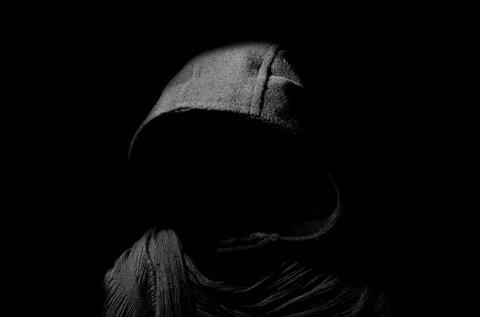 “Who created the devil?”

“Well, I blame the naughty snake. It’s ’cause of him that tigers eat people.”

Christians believe that all things are made by God (Colossians 1:16-17). The opening chapters of the first book of the Bible (Genesis) and other verses, such as 1 Timothy 4:4, tell us that everything God creates is good.

Because God is good he can only make good things. He can’t create anything bad. The Message version of 1 John 1:5 says: “God is light, pure light; there’s not a trace of darkness in him.”

So, if the devil is bad and God cannot create bad things, did someone else create the devil? Or has the devil always existed? There are various passages in the Bible that can help answer these questions.

In 2 Peter 2:4 we read of angels messing up and rebelling against God. The passage suggests the devil was among them. In Luke 10:18, Jesus says: “I saw Satan fall like lightning from heaven.” Two Old Testament passages (Ezekiel 28 and Isaiah 14) also describe the devil as an angel turned bad. Isaiah 14:12-13 says: “How you are fallen from heaven, O Lucifer…For you have said in your heart: ‘I will be like the Most High.’” The devil’s pride (wanting to be like God) and rebellion (not wanting to do what God said) led him on a destructive and dangerous path away from God.

Was it God’s fault?

Why would God create an angel who he knew would turn bad and eventually become the devil? This is an important question. To understand it we need to ask another one. How would you feel if a robot who was programmed to say: “I love you” to everyone said it to you? Would you believe that the robot genuinely loved you?

When God made people and heavenly creatures (like angels), he could have made us like robots, pre-programmed to love him. But he didn’t want us to be robots; he wanted us to be free. However, in order to give us true freedom, God had to create us with the capacity to make bad choices and rebel against him. This was the decision the devil made, with disastrous consequences.

We may not think of ourselves as being as naughty as the devil, but we have all rebelled against God in different ways over the course of our lives. Thankfully though, this is not the end of the story. Jesus came to take the punishment we deserve for all the bad things we have done. This is what happened on the cross.

The Bible tells us that when Jesus died on the cross and rose again, the devil was severely wounded (Colossians 2:13-15). He wasn’t completely destroyed, but he will be one day (Romans 16:20).

If you have ever read or watched CS Lewis’ The Lion, the Witch and the Wardrobe, you’ll know that the White Witch is ultimately defeated, but that doesn’t stop there being a raging battle between good and evil before this happens. We know that God, like Aslan, will have the final victory, but we also know that there will be some difficult moments along the way (Ephesians 6:12).

All of this might sound quite scary, but we have no reason to fear. The devil may look powerful, but we know a God who is even more powerful. And just remember, Aslan wins!