Will my pet go to heaven? 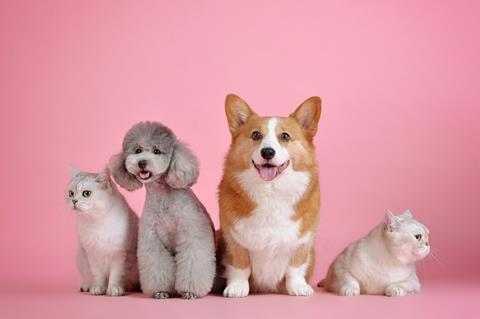 “What happens when Susan my sausage dog dies?”

“Will my guinea pig, Karl, go to heaven?”

In the story of Noah in Genesis (the first book of the Bible) chapters 6-10, the animals’ safety is a huge priority for God. They are also included in the promise and special relationship (covenant) that God makes with Noah and his family after the flood. Does this mean that when the end of the world comes, animals will be saved again?

God obviously likes animals, but will they join us in heaven? What even is heaven? Is it a physical place where we actually go? Is it a different reality that exists alongside earth? Is it a renewed, transformed, heavenly version of earth?

If heaven is a new version of life here on earth but without the brokenness, pain and evil, animals will almost certainly be part of it. A book in the Bible called Romans says “the whole of creation” will be freed from death and decay (chapter eight verse 21). The whole of creation also implies animals.

If God’s original creation contained all kinds of animals, a new restored heavenly creation probably will as well. Isaiah, another book in the Bible, speaks of a future where humans and animals will live in peace together. Wolves will lie down with lambs and children will play with poisonous snakes without being hurt (Isaiah 11:6-9). Likewise, the final book of the Bible, Revelation, mentions ‘creatures’ in heaven.

Whatever heaven is, Christianity teaches that the route there is through people accepting what Jesus did on the cross and deciding to follow him. Some people argue that animals have no understanding of God and don’t have the capacity to welcome him into their lives, but others think Jesus died and rose again to restore all of creation, not just humans.

It seems likely that there will be animals of some sort in heaven, but I think there are a few unknowns. If heaven has no pain or death, will there be wasps, sharks and mosquitos? Will animals just eat vegetables? Will humans be vegans? Will our relationship with animals be the same? We’re told that relationships between humans will be different in heaven, so maybe pets won’t be the same as they are here either. Maybe all animals will be pets! If so, I call dibs on a giant panda.

The Bible isn’t clear about whether Basil, my dwarf rabbit, will definitely join me in paradise, but it clearly tells me to look after and enjoy my pets here on earth. Now where did I put those carrots?