Can I believe in the Bible and evolution?

Does believing in evolution mean Adam and Eve didn’t exist and the Bible is wrong? 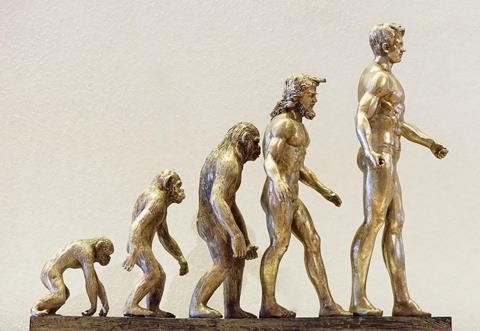 “What do you think about evolution?”

I don’t know. Would that mean Adam and Eve didn’t exist and the Bible is wrong?

Maybe. What if none of it is true? Do we even need God now there’s science?

Marty Sampson had been a Hillsong worship leader since he was a teenager, but this summer he announced that he had stepped away from his faith after an intense season of questioning. One of the reasons Marty gave on his Instagram was that “science keeps piercing the truth of every religion”.

Marty isn’t alone. I’ve heard from many others who think that modern science disproves the Bible. The tragic thing is that there are good answers to these questions, but too often we don’t hear them in our youth and children’s groups or in our churches.

I wish Marty could talk through his doubts with someone like Dr Francis Collins. Francis is a top US scientist who led the team that decoded the human genome. He believes in the theory of evolution, but he’s also a committed Christian who says: “God is most certainly not threatened by science; he made it all possible.”

That’s not to say that the theory of evolution is beyond question. Like any scientific theory, it’s open to revision. For many people there are big question marks over parts of the fossil record and whether the theory can explain the diversity of life. Nevertheless, the general principle that humans are part of a wider tree of life going back millions of years isn’t likely to be overturned any time soon.

If you’ve been told that the only way to understand the biblical story of creation is that God made the whole world in the space of six days 6,000 years ago, you’ll definitely run into problems squaring Genesis 1 and 2 with most of mainstream science. But is that the only way to read those chapters?

Here are three of the main ways Christians respond to evolution and the Bible:

Young earth creation. We should take Genesis literally. If mainstream science disagrees with a six-days-6,000-years view of scripture the science must be wrong.

Old earth creation. The ‘days’ in Genesis 1 refer to long periods of time (yom in Hebrew), so we don’t have to believe in a ‘young earth’. Nevertheless, God still has a direct hand in bringing us into being, as evolution couldn’t have done it alone.

Theistic evolution. The theory of evolution is perfectly compatible with Christianity. That’s the way God chose to create all living things. Scripture must be understood in light of modern science.

When conflicts between science and Christianity pop up, it’s often because we have been fed a faulty view of the Bible to begin with. Personally, I think it makes sense to read the Bible in the way that those who wrote it intended. Most Bible experts agree that the creation story in Genesis is written like a poem, and we shouldn’t expect a poem to give us a modern, scientific account of how humans were created. That would be like listening to Stormzy singing ‘Blinded by your grace’ and assuming he needs a guide dog!

What if the famous story about the garden, Adam and Eve, the fruit tree and the talking snake actually tell us something more? When you consider that the name Adam is literally the Hebrew word for ‘the man’, it’s not hard to see that this is a story about all of humanity.

What if the story isn’t there to answer the ‘how’ questions but is aimed at the ‘why’ questions? Why did God create? Why are we here? Why has the world gone wrong? The story tells us something amazing: that humans are made in the image of God and created to be in relationship with him, but that we choose to go our own way and are separated from his goodness and life. Whether you take that story literally or poetically, you only need to skim through the news to see that it is absolutely true. We live in a ‘fallen’ world and need to return to God.

The problem comes when people take God out of the picture altogether and think that science is the only story going. That’s when you and I become one more accidental by-product of evolution – a cosmic accident and nothing more. And when people lose their sense of purpose they lose hope.

That’s why we need a story that answers the ‘why’ questions. The good news is that the story which starts in Genesis ends in Jesus. God came as a real flesh-and-blood saviour to bring us back into relationship with him. He came to let you know that you are not an accident, and that you were made to know and love him: the creator of everything.