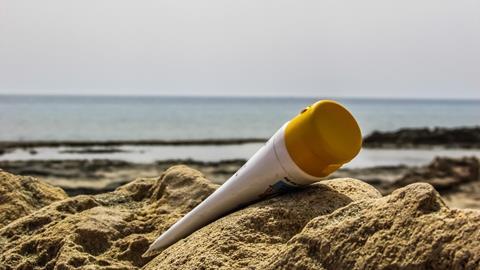 This month, we asked a group of 4 to 12-year-olds to imagine they were walking somewhere with Jesus, picture that place and ask him a few questions:

“If I was with Jesus, I think it would be on a beach.”

“I’d want to know if he needs suntan lotion.”

“Why do we even need suntan lotion?”

“Because the sun is hot.”

The two questions raised here both revolve around God and suntan lotion:

This question asks if God is like us. Does God struggle with the things we struggle with? Well, yes and no. Jesus came into this world as a human baby, born in the same messy way we are (Philippians 2:5-8). The Bible tells us that Jesus experienced all the things we do: he ate, he slept, he cried (John 11:33). But there was one big difference. Jesus didn’t do anything wrong (1 Peter 2:22).

Back to the original question: what about suntan lotion? Sunscreen in its current form didn’t exist until the 1920s or 30s, so Jesus wouldn’t have used this, but he may have used olive oil or a plant product like the ancient Greeks and Egyptians apparently did. Jesus had a human body so he could potentially have got sunburnt, but he wouldn’t have been as vulnerable to the sun as people with very white skin because Jesus was born in the Middle East and had natu­rally darker skin. He would also likely have dressed in a way that protected him from most of the sun’s damaging rays.

Jesus may have needed suntan lotion, but God doesn’t. Unlike Jesus, God is completely different from humans. In order to be God, he has to be all-power­ful (with power over things like wind, gravity and people), all-knowing (know­ing everything past, present and future) and all-present (being everywhere, all at the same time). The Bible tells us that, outside of Jesus, God doesn’t have a body (Colossians 1:15). God has no need for suntan lotion because the sun is not as powerful as he is.

Why do we need suntan lotion?

This question asks about the world God has made. The sun is hot. Painfully so. It sometimes causes terrible long-term damage. Why would a God who claims to love us let us live in a world with some­thing so dangerous above us? Was the sun meant to be that hot? Or did God get it wrong when he made the world?

The Bible teaches that God created a perfect world. But humans decided to do their own thing and go their own way, which resulted in disaster. The Christian view is that suffering is caused, not by God, but by humans messing up. Human rebellion didn’t just affect human rela­tionships; it created brokenness in the whole universe.

The middle of the sun is about 15 million degrees. It’s so hot because it has a lot of mass, which squeezes the middle of the star. And when things are squeezed, they get hot (if you’ve squeezed the air in a bicycle pump you’ll know what I mean). We might think the sun is far too hot, but it actually has a clever system of cooling down and heating up so that it stays exactly the right temperature. The sun needs to be as hot as it is to have shone for as long as it has. It’s important to note that the Earth is in exactly the right position so that we aren’t too close to the sun to get immediately burnt up and not too far away that we would all freeze to death.

Perhaps the issue here is not that the sun is too hot, but that we are irresponsible in our interaction with it (we don’t have time to talk about the significant part that global warming also probably plays here). Maybe because of the brokenness of the world, our respect for and relation­ship with nature has also been broken.

In a poem in the Bible (Psalm 121:6), God promises us protection from the sun. What do you think this means? Will God protect us even if we go out in the midday heat without suntan lotion? Or is it a metaphorical promise?