A series featuring a Dad and his son. Isn’t that a bit corny? 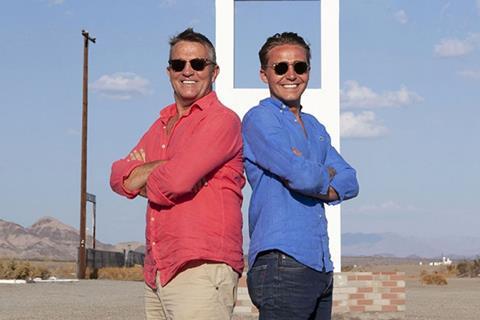 Other connected films/TV series: Not dissimilar to the ‘Gino, Gordon and Fred’ series

It’s not hard to unpick the formula for the show – ie clearly this not a genuine trip and I doubt Barney has organised all the activities himself – it will have all been organised by TV executives – just don’t question it too much! If you don’t like swearing there is some – it is all bleeped out but it’s still obvious what’s going on.

It’s a fantastic premise for allowing us to see a genuine father son relationship. Their interaction is very interesting to watch and obviously can be a great inspiration for father son quality time, it can be a starting point for conversations about relationships and of course the ultimate father-son relationship from a faith angle too. It could even be worth unpicking mentoring – how much intentional input do we aim to have in cross-generational relationships; and how open are we to being led and taught by our younger counterparts?!

One episode to watch out for: Season 1 Episode 4 (or second half of episode 2 on ITV HUB) Barney jokes about when he bought a Ouija board and takes his dad to see a Voodoo priest. It is quite a pragmatic headed introduction to the religion of Voodoo which is common in New Orleans, and not a reason not to watch it – but be aware you may end up having a discussion with your teen about the occult and alternative religions.

Possibly not the most conscientious or mindful of set-ups – we’re essentially watching the pair on a series of very expensive holidays across the world – which, while escapist, is a bit galling for cash strapped, or cash-conscious, families. It’s also a little elitist – thanks for the privilege of watching a family much better off than me have a whale of a time in exotic settings! Hmm. It’s also not very eco-friendly. OK I’m starting to sound jealous and cynical - I know other shows are much more guilty of huge carbon footprints or showing off an unattainable lifestyle, but it’s just a bit in your face. That said, we could all do with a bit of warm and light-hearted feel-good telly right now. This is definitely that.