The importance of good religious education

I have long been passionate about the need for schools to have good religious education (RE) lessons. It’s essential for the way we live today that children know and understand about the religions of the world, with a particular emphasis on those faiths that are represented in their communities. 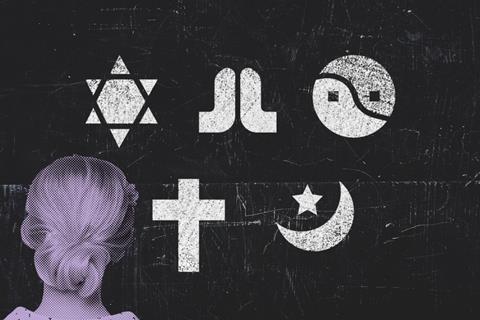 There is some research which backs this up, which is encapsulated in a story from the fall of the oppressive apartheid regime in South Africa. It is the story of twin brothers, born in South Africa to an Afrikaner family. They grew up inseparable, until they parted aged 18.

One went to study at university abroad and the other went into the army. By the 1980s, the brothers had not spoken for years. Abraham had studied abroad had returned and become a politician, representing a party who were anti-apartheid.

Constand had risen to the rank of general and was a dyed-in-the-wool supporter of apartheid. In 1993 Constand had retired from the army but took up a new role, the leader of the Afrikaans Volksfront, an army of a political movement to ensure that the upcoming multi-racial elections would not take place.

This army had wild plans to live up to those of Hitler and the KKK; they were preparing for war. It’s difficult to overstate the tinderbox conditions of South African politics at this time, there was so much fear surrounding these elections.

Abraham meanwhile had been meeting with Nelson Mandela, in complete secret, making plans for an unlikely reunion.

Constand agreed and the twin brothers went to visit Nelson Mandela, who opened the door himself and offered them tea, which he made himself. Mandela had spent his 27 years in jail reading and learning about the history of South Africa and its blend of languages, cultures and races.

He impressed Constand with his knowledge about the struggles of his people. They agreed that if war were to break out, there would be no winners.

This marked the first of four months of secret talks between these men, erstwhile enemies, becoming friends through close contact and mutual respect.

Studies have shown that the antidote to hate, injustice and prejudice is contact. Close, mutually respectful, peaceful, friendly contact and celebration of the diversity of the human race. And don’t we need this, more so than ever before?

There are several organisations who work with schools and communities to further this understanding and encouraging the celebration of different faiths, cultures and backgrounds.

In every local authority there is a group of people who represent the faiths of people across that authority, making decisions about the curriculum and providing training opportunities for those teaching RE in schools. They are known as the Standing Advisory Council(s) for Religious Education (SACRE).

Representation on a local SACRE is as follows:

You might know the person who represents your denomination at your local SACRE. There are usually a number of spaces for Christian leaders across each denomination (eg five spaces for Anglican vicars; two for Baptist ministers; one for Methodist/URC and so on). Maybe you weren’t aware of this council and its role. If not, you should be able to find some information on your local authority website.

Many SACREs are only too happy to have enquiries from people interested in the work they do! My own local SACRE has members of each of the majority faiths represented including Islam, Judaism, Buddhism, Hinduism, Baha’i and Humanism. Any teacher or other interested party can contact SACRE to request a school visit from representatives of these faiths.

Each SACRE has wide-ranging statutory powers including:

All schools today are multifaith spaces; interestingly, often faith-based schools which are overseen by their local diocese are those with the widest spread of faiths represented. It’s important for all pupils that there are the appropriate spaces and times to practise their own worship rituals as well as having opportunities to talk about the faith they practise in their homes.

Evidence shows that the more understanding there is in a community about different races, cultures, faiths and practices, the more cohesive that community is. To ignore difference in favour of Christianity is a form of colonialism that should have no part in our education system today.

“The more understanding there is in a community about different races, cultures, faiths and practices, the more cohesive that community is”

There are plenty of resources to support working across different faith groups. The Interfaith Network is a national organisation that advocates for an interfaith week, which always begins on Remembrance Sunday to encourage remembrance of soldiers and civilians from all backgrounds who have been lost to war. This year it will be 13th to 20th November.

If this is the first time you’ve heard of it, then it may be a little short notice to plan but it’s worth making a note of for future. If you’d like to get involved in Interfaith Week this year, in whatever way, then do check out the resources and information on the website.

Another organisation is the Faith and Belief Forum, which produces resources and programmes for use in schools and universities that are carefully mapped to the RE curriculum across primary and secondary phases.

The forum also has young people at the heart of its work, with a youth leadership programme that encourages young leaders to work towards a diverse and harmonious society. The website says: “The ease with which people can connect with one another across the globe, and the massive cultural diversity found in the UK mean that young people need the skills and confidence to navigate this terrain.”

One Christian organisation that works in this area of interfaith is The Feast. The Feast is a youth-focused organisation that seeks to build relationships and connection between young people of different faiths, cultures and backgrounds. It bases its work on values of celebrating difference, being positive, being authentic, working collaboratively and being innovative.

Its website says: “We believe that unity is diversity embraced.” Importantly The Feast acknowledges, celebrates and learns about differences in culture, faith and backgrounds, even when there is disagreement. They have compiled an important document that informs the work they do with young people called guidelines for dialogue, something that is useful in a lot of contexts! You can download these here.