The woman at the well: Session 2 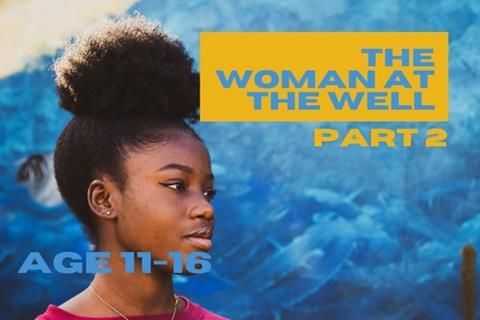 MEETING AIM: To discover something of the scope and depth of the salvation, grace and forgiveness offered by Jesus.

BACKGROUND: This story doesn’t appear in the earliest versions of John’s Gospel that we have, so it is always placed in a kind of parentheses. However, it is consistent with John’s portrayal of Jesus and can still teach us much about salvation, grace and how Jesus’ actions can inform our own. Who is without sin? Who among us can judge others? Try not to get hung up on the sexual side of the woman’s sin – that isn’t the most important thing here. What is important is Jesus’ radical grace and forgiveness.

Welcome the young people and share out any refreshments you have brought. Chat together about what has happened this week. Rejoice in the young people’s triumphs and sympathise with their difficulties. Use this time to build relationships and settle into the session. Has anyone in the group ever thought they were in real trouble, only to get out of it scot-free?

You will need: sand in a large tray; list of items, people, events and actions

Before the session, make a list of various household items (such as whisk, games console or car), people (the Queen, the Pope), events (Christmas, summer holiday) and actions (dancing, playing football).

Challenge your group to a game of sand Pictionary. Ask for a volunteer  and  tell them one of the things on your list. They then have to draw that in the sand tray for everyone else to guess. The person who guesses correctly then takes a turn to draw. How easy is it to see what is happening?

Read the passage as a whole group, stopping after small sections.  Read  the first five verses and then ask: “What would  it have felt like to be that woman?” Give chance for the group to give their feedback. It might be worth explaining that stoning was a death sentence.  She was in  danger of being killed by having rocks thrown at her as punishment. Read verse 6 and ask the group what they make of Jesus’ response. No one knows what he actually wrote on the ground. Discuss in small groups what he might have written, then share your thoughts all together.

Read verses 7 and 8. Give some context by saying that, according to the law, those who discover and prove a sin such as adultery were allowed to throw the first stone. And yet Jesus says that no one who has sinned is allowed to take part in the punishment. Only Jesus is without sin, and he is not rushing to condemn the woman. Ask the group: “If you were in the crowd, what would you have thought?”

Read verses 9 to 11. What does the group think of Jesus’ response? It might be worth reflecting on the idea that Jesus seems more interested in the woman’s future than the woman’s past. What does that say to the young people in the group?

Get the group to create a mind map on a big piece of paper of the types of people  that are usually judged by the Church. (If  you have a large group, do this in smaller groups.) Once you have a list of people, discuss why these people are often judged. Go on to think about how you can show   love and forgiveness to them, rather than judgement. How can we convict them in the kind of way Jesus did? And then help them to go forward in God’s way?

Encourage the group as individuals to choose one person they know who is usually judged by others for their behaviour. Invite them to write that name down on a Post-it note to remind them to  pray  that God would help them to show his love and give them the strength to live differently around them – shining like the light. Read verse 12 out loud all together to finish.

Repeat a few times to allow it to sink in. This is our challenge for the week – to live like Christ as light in the world.

You will need: paper and pens or mobiles Encourage the group to get into a comfort- able position so they can spend some time in reflection. Once everyone is ready, ask God to reveal things to the young people that they need Jesus’ grace and forgiveness for. Spend some time thinking and writing on paper or your phone. Remember, Jesus doesn’t judge us – he just reminds us that we need to stop it. As a sign that  you want to stop doing that, that you’re forgiven and moving on from it, screw the Post-it note up or delete it from your phone. There is no judgement: only conviction and forgiveness.