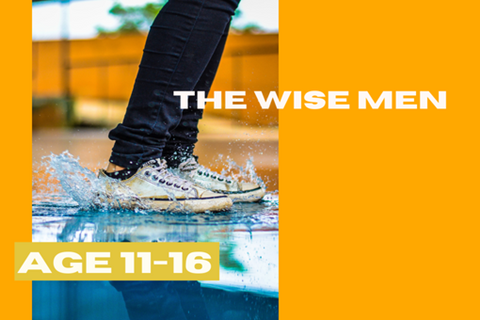 Background: Once again, the Christmas story features God revealing himself to some surprising people. In this case we’re left with the slightly uncomfortable image of a group of pagan astrologers setting an example in worshiping Jesus as the Son of God. In this session we’ll highlight the importance of worshiping God wholeheartedly, and the possibility that he might reveal himself to anyone who is seeking him.

As ever, start the session by chatting to your young people and sharing refreshments with them. Chat about wise people as part of your conversation. Dr Watson describes Sherlock Holmes as “the best and the wisest man whom I have ever known”. Who is the wisest person you have ever known? What makes them wise?

You will need: Bibles; small prizes

If you have a large group, divide your young people into small teams for this activity. Challenge them to solve a few riddles. Give a small prize (eg a lollipop) to the first person to answer each riddle correctly, or keep a note of which team has answered the most riddles correctly and give them a prize to share at the end.

Use some of the riddles below or find your own:

Finish by pointing out that ‘wisdom’ can mean a few different things. But perhaps the best definition can be found in Proverbs 1:7.

You will need: Bibles; a flip chart; pens; Post-it notes

If you have a large group, divide the young people into two smaller groups for this activity. Set up a flip chart in a prominent position. Divide the paper into two columns: one titled ‘Herod’ and the other ‘Wise men’. Divide each column into four rows: ‘Background’, ‘Think’, ‘Say’ and ‘Do’.

Invite the young people to read Matthew 2:1-12. Help them fill in the ‘Background’ row on the flip chart. For example, you could mention that Herod was King of Judea, and that the wise men were astrologers, probably from Persia.

It might be worth pointing out that we’re referring to ‘wise men’ because the magi were almost certainly male. This is not meant to suggest that women cannot be wise, any more than that they cannot be shepherds.

Before the session, wrap three boxes (shoeboxes are ideal), preferably in shiny wrapping paper. Label one box ‘Gold’, another ‘Frankincense’ and the third ‘Myrrh’. Chat as a group about what each of these gifts represents and why the wise men brought them to Jesus. Try to bring out the ideas that:

The wise men tell Herod they have come to worship Jesus (v2). Discuss what their gifts tell us about the important aspects of worshiping him. The young people can either write their ideas on the boxes or just talk and use the boxes as a visual aid.

Before the session, find a box template and print it onto card. Make enough copies for each of your young people to have one.

Encourage everyone to think about what they could give to Jesus as an act of worship. What do they have that is precious to them (for example time, skills or energy)? Make pens, glue and ribbon available. Let each of the young people write their ideas inside their box then assemble it, using the glue to hold it together. They can use the pens and ribbon to decorate their boxes.

Either collect the boxes and commit them to God in prayer as an act of worship, or let each of the young people keep their box as a reminder of the importance of worshiping Jesus wholeheartedly.

Before the session, cut out lots of star shapes from card. They don’t have to be huge, but should be big enough to write a name on.

Emphasise that the wise men were searching for God. People in Israel might not have liked their background – they were pagans who looked for messages from God in the stars – but their hearts were in the right place. They went in search of God and eventually found him. So let’s pray for people we know who are searching for God. Let’s ask God to reveal himself to them even if we think they’re looking in the wrong places.

Give out the stars. Invite everyone to write the names of people they know who are searching for God on them. (They can use as many stars as they like.) Let the young people stick their stars to a wall. Then finish with a short prayer, thanking God for revealing himself through Jesus and asking that he will do the same for all your friends.