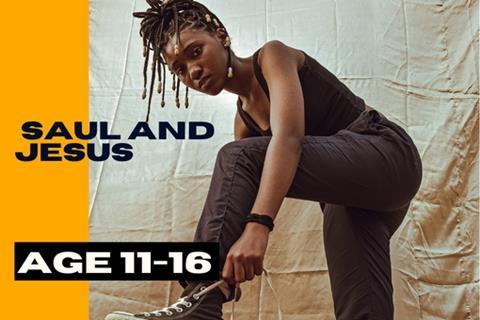 Background: Saul was a hardliner. Later in Acts, he tells a crowd in Jerusalem about how orthodox he was in his beliefs – he was trained under a prominent Pharisee and was “zealous for God” (Acts 22:3). But then Jesus burst into his life while he was travelling to Damascus to arrest some of Jesus’ followers. That Jesus chose to use one of his most ardent enemies speaks volumes about the fact that no one is too far from God to be rescued.

Welcome the young people to your group and share out any refreshments you have – try fruit, toast, pastries or pizza (depending on when you meet). Chat with the young people about what their week has been like. Share their triumphs and disasters and everything in between. If appropriate, share a story or two from your own week. Ask the group if someone in their life has surprised them this week – what happened? What did they do that was unexpected?

Play a game with the young people. Explain that you are going to ask them questions and they should reply with the first thing that comes into their heads:

You can come up with your own questions, depending on who the young people are familiar with, but end with the question about Jesus.

You will need: large sheets of paper (lining paper is ideal); marker pens

Ask the young people to draw around someone on each of the sheets of paper to create two person shapes. On the top of one write ‘Before’ and on the other write ‘After’. Read Acts 7:54-8:3 and write in the ‘Before’ figure words to describe Saul in this passage. Chat about what kind of person Saul must have been like to be around. Now surround the person shape with what others must have thought about him. What would the religious leaders have thought? What about the followers of Jesus? Ordinary Jewish people?

Then read Acts 9:19b–25 and fill in words to describe Saul in the ‘After’ figure. Compare the two descriptions of Saul. If the young people don’t know the whole story, ask them to guess what might have brought about this massive change of character. Again, surround the person shape with descriptions of how other must have viewed him now.

Read Acts 9:1–19 and chat together about what happened to Saul. Wonder what it must have been like to be travelling with Saul and witness what happened.

Challenge the young people to decide where they are in their own spiritual journey? Like the ‘Before’ Saul, the ‘After’ Saul or somewhere in between?

Discuss the story further by using these question, ensuring that everyone who wants to has the chance to answer:

You will need: book of Bible maps or the maps at the back of a Bible; Bibles; access to the internet

Spread out the maps and atlases in front of the group and encourage them to find maps of Paul’s journeys around the Roman Empire (you may need to explain that Paul was Saul’s Roman name, by which he is called for most of the New Testament). Explore Paul’s journeys together seeing how far he went each time. Chat about how travel was much more difficult and dangerous at this time than it is for us.

Look up some of the stories of Paul on his travels in the Bibles, perhaps focusing on the shipwreck in Acts 27.

Reflect on the difference between Saul before he met Jesus and Paul on these missionary travels. Wonder about the fact that Saul’s life turned around so dramatically.

Go on to encourage the group to look up the stories of people who travelled a long way to tell others about Jesus – people such as Gladys Aylward, Eric Liddell, Jim Elliot or Amy Carmichael. What might God be calling us to do? We might not go on epic travels, but how can we work for God in our own neighbourhoods?

You will need: paper and pens; a confession liturgy used by your church

Give out pens and paper and ask the group to draw a gingerbread-person shape on the paper. Ask them to think about what they themselves are like and write down good and bad things in the person shape.

Once they have finished, invite them to hold this word picture of themselves. Read out the confession liturgy and ask the young people to say sorry for the things that they have written on their person shape that they need to.

Go on to say a prayer of thanks and praise for all the positives they have written down. Finally, ask God to use everyone in new and exciting ways. Ask him to show the young people where they can make a difference in the world.

Finally, give thanks to God that nothing is so bad that it stands in the way of us having a relationship with him, if we say sorry and journey with him.