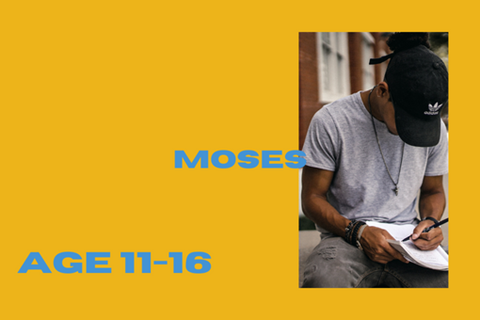 Gather the group and share out any refreshments you have. Chat together, asking them about their week. Ask the group to reflect on their week by asking: “Have you encountered God over the last week? If so, where and how?” Alternatively, given that you’ll be talking about the burning bush, you could ask: “Where in your week would be the strangest place to encounter God?!”

You will need: a bag of cotton wool balls and pot of Vaseline per group; clean-up facilities

Each group needs to select a member to become a sheep (make sure they know what this entails as it’s a bit gross). In one minute, the group needs to see how many cotton wool balls they can add to the face of their ‘sheep’ by sticking them on using Vaseline! At the end of the minute, go to each sheep and count how many cotton wool balls they have on their face. You may want to have a prize ready for the winning sheep.

The conversation between God and Moses in the burning bush is quite a bizarre one! Not only is God appearing as a burning bush, but the dialogue between the two is quite strange, though wonderful. Don’t shy away from this being a strange moment - the idea with doing this is to recognise how strange (and maybe even comedic) it is!

Ask for two volunteers from the group to do some acting, and one to read. If you get too many volunteers, you can ask them to rotate reading parts. Invite the actors to go somewhere central and ask one to crouch down and one to stand up. Explain that one is Moses and one is God, as the burning bush! Invite everyone to find the Bible passage, and ask the narrator to read the passage, but with Moses and the burning bush reading their parts.

Use this time to unpack what the group made of the story. Use these questions as a guide, but feel free to see how and where the discussion goes, especially if anyone raises something that feels important or poignant to discuss.

Give out the post-it notes and ask the group to cut out flame shapes, ensuring there is a good amount of stickiness left on the flame shape.

Explain that Moses noticed God in the burning bush when he was going through his ordinary shepherding work. Though Moses was reluctant with the task, he was ready to respond to God by saying: “Here I am.” Ask the group to take their sticky flames and put them somewhere that they’ll see regularly in their ordinary lives as a reminder to look out for God and be available to him in the middle of their ordinary lives. It might be helpful to discuss how they can be available to God, how they can listen out for him, or the kind of things God might ask of them in their lives, while you’re cutting out together.

Ask the group to take a moment of silence and individual reflection. Suggest that it might be helpful if they shut their eyes to help them focus and think.

When you’ve reached a quiet atmosphere together, ask them to imagine if it was them stumbling across a burning bush. Ask them to think about what they might feel if God had asked them to do a big task like Moses’. What might make them hesitant to say yes? Encourage them to think about what they sense God might be asking them to do with their lives for him and for his people? Leave a good amount of silence and time after each question for them to consider quietly.

Moses’ response when God called him was: “Here I am.” Explain that this is a big prayer to pray! God asks us if we’re available to do his work, and sometimes that involves doing things we didn’t expect or feel ready for!

Ask the group to shut their eyes and pray for everyone, that they would be ready for what God asks them to do. Ask the young people to open their hands and hold them out as a sign of being ready, and at the end of the prayer invite them to join in agreement by saying: “Here I am.”