By Jenny Cheung is a schools’ worker with Scripture Union Scotland, leads the children’s team at CLAN Gathering (New Wine Scotland) and is a volunteer on a youth residential for Scripture Union England and Wales. 2017-06-26T00:00:00+01:00 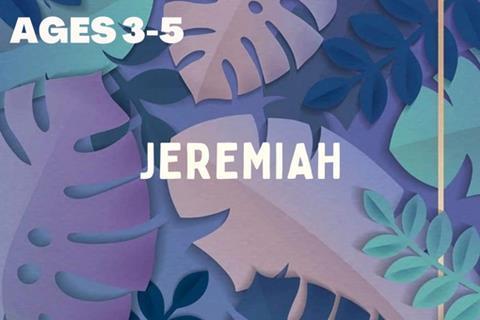 As you begin the session, invite the children to sit together in a circle and pass round a simple object. When a child has the object they can share a story from their week. Sometimes it’s helpful to have a sand timer so that you have time for each person to share if they want to. If a child doesn’t want to say anything they can just pass on the object. Pray and thank God for all the stories shared and the stories that weren’t mentioned.

Explain that in today’s story, God gave his people a special message to warn them about something that would happen.

You will need: a crown; two big labels that can be hung around a child’s neck with a piece of string – one saying ‘B’ and the other ‘J’; a roll of paper; a marker pen; scissors

Tell the children that God’s people were still not following him and another wicked king called Jehoiakim was in charge. Ask for a volunteer to wear the crown and stand in the circle. Say: God wanted to let the people know that unless they started following him again, a disaster was going to happen and enemies would take over, so he sent a man called Jeremiah who was another prophet (someone who gives messages to people from God) to write a message for the king and the people.

The officials went to the king and read the message but the king wasn’t worried – not even one bit. In fact, he cut up the message and got rid of it. Cut the roll of paper into pieces and let the king screw each one up and throw it away. As you do this, talk about how silly that was – this was the king’s chance to stop the enemies coming but he decided not to believe the message and not to care about what God wanted.

The king said: “Arrest Jeremiah and Baruch!” But they were hiding too well and no one could find them. God said to Jeremiah to write out his message again. He had to add that the enemies from Babylon were definitely coming now! God’s people would be away from home for 70 years. And that’s what happened – God’s people really did get taken over by the enemies from Babylon.

You will need: some old distressed looking paper – or paper pre-soaked in tea and dried; pens; small pieces of ribbon (about 15cm long)

Say that you are going to make a scroll like Jeremiah’s message was written on. Even though most of the children won’t be able to write, they can pretend, or draw pictures of what the message was about – the enemies coming if the people carried on being bad. Talk to them about the message as they draw on their paper. Get them to think about whether they would have taken notice of a message like this. When they have finished writing and drawing, help each child to roll up their scroll and tie it closed with a ribbon.

Ask the children to think about the sort of things that God might say to them or ask them to do. Ask them to fill in the gaps as you pray: “God, help us to follow you by…” Pray this prayer as many times as you like, letting the children add in their ideas before you say: “Amen” together.