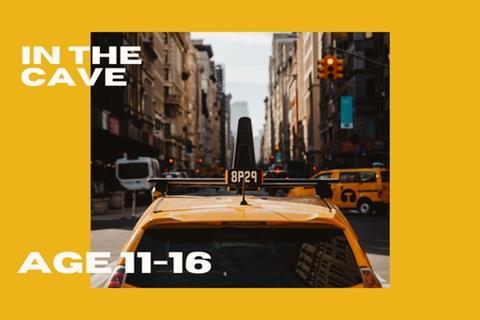 Background: Doing the right thing isn’t always easy, especially when we could get away with doing the wrong thing. David is presented with a golden opportunity to take his revenge on the man who has made his life a misery but, to the surprise of his friends, he chooses to act honourably and let Saul go. He must have been tempted to kill the king, and it would have been easy to do so, but David chose to act with integrity. The challenge to us is clear. How ready are we to do what’s right, when doing wrong would be easier?

Spend a bit of time chatting to your young people. Serve some clear treats: lemonade and boiled sweets would be good examples. Point out that these things are transparent. They’re not hiding anything nasty. What you see is what you get. Ask whether anyone in the group knows a person like that: someone who is complete­ly as they seem to be.

You will need: rolled-up newspapers; blindfolds

Enlist two volunteers for a game of ‘Are you there, Moriarty?’ Blindfold the volunteers and give each of them a rolled-up news­paper. Have them lie on the floor, on their fronts facing each other, with about a metre between them.

Under the normal rules, the first player to be hit is eliminated and replaced by a new player. However for this exercise, allow anyone who has been hit to stay in the game and try to get  their own back on their opponent. Allow a few different players to take a turn.

Comment that when someone has hurt you, it can be very tempting to try to get your own back. But that’s not a wise way to behave.

Read 1 Samuel 24:1–22 as a group. As it’s quite a long passage, share the reading duties between two or three readers. Encourage the young people to reflect on what might have been going through David’s mind as all this happened.

Ask for three volunteers who are comfortable doing a bit of acting. (It might help if you prime three of your young people to take part in advance of the session.) Ask one to act the part of David and the others to be good and bad angels; one on either side of David. Let the three characters improvise a short scene based on the passage from 1 Samuel. The good angel should try to persuade David that killing Saul is a bad idea, explaining why. The bad angel should try to tempt him into killing Saul. See what kinds of arguments are raised and how David responds to them.

Remind the young people that integrity matters. Living God’s way means doing what we know is right even when we could get away with doing something wrong. In this activity, you can all create something to remind yourselves of that.

Before the session, cut sheets of plain card into credit-card-sized pieces. Give each of your young people one of these cards, and make Bibles and felt-tip pens available. Encourage the young people to write out the words from Psalm 24:3–4 on their card. (Use a translation they can understand easily. The NLT is good for this.) They can use the felt-tip pens to decorate their cards in whatever way suits them.

Encourage everyone to take their cards home and put them somewhere they will see them often (eg on the fridge or the bathroom mirror). If you have the facilities, they could laminate their cards.

You will need: confession liturgy (the one used by your church if applicable)

It’s a good habit to be honest with God about anything we’ve done wrong. Finish the session by praying as a group, confessing your sins and receiving God’s forgiveness.

Use any of the confessions and abso­lutions found in the Church of England’s Common Worship. (Go to churchofengland. org, click on ‘Prayer and Worship’, then select ‘A service of the word’ and ‘Author­ized forms of confession and absolution’ from the menu on the left.) Alternatively, use the one your church uses, which the young people might be familiar with. Either project the confession and absolution you choose onto a screen or hand out printed copies.

Say the liturgy together quietly and reflectively. Give the young people time and space to talk to God about anything they want to say sorry for.