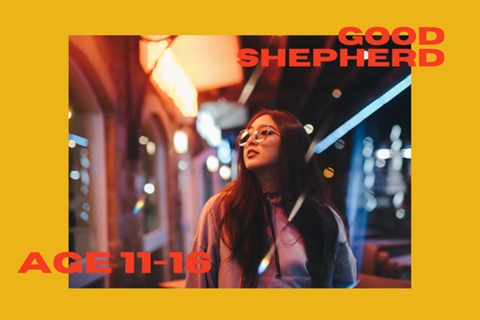 Background: The picture of sheep and a shepherd is a recurring one in the Bible. Shepherds and sheep may not be the easiest metaphor for our young people, particularly if you work in an urban context, so you might have to come up with an equivalent image that your group can work with to help them understand what Jesus says about himself and our relationship with him.

As the young people arrive, encourage them to chat and discuss their week. What things have been happening to them? Have they been positive or negative things? Be sensitive to how their week has gone and remember to share your own. Intro­duce the question: “Can a bad person do a good thing?” You could pose the state­ment that, if a bad person does some­thing good, doesn’t that make them good, or a good person?

You will need: ping-pong balls; plastic cups (large enough for the ball to be thrown into); cotton wool balls

Place one or more paper cups at one end of a large table. At the other, get the young people to take turns trying to bounce a ping-pong ball into the cup. They must bounce the ball before it goes into the cup and not throw it in directly.

This could be done a bit like ten-pin bowling. Arrange the cups in a form­ation at the end of the table. As they bounce a ping pong ball into a cup, that cup is removed.

Try to play the game with cotton wool balls. They don’t bounce, so the young people will have to throw them directly into the cups.

You will need: Bibles; pens and paper

Divide the group into twos or threes and give each group a pen and paper. Ask them to write the following on their paper:

The shepherd / good shepherd, thieves and robbers, sheep, the stranger, the gate, the hired hand, the wolf, the Father.

The young people could write these as a list or put them in circles so they can create mind maps. Encourage the group to read John 10:1-21 and note down everything that the passage says about the characters they have written on their paper. Give them time to make notes and discuss in their small groups. They should also reflect on who, or what, these people represent.

Have the groups feed back and share what they have found. What word pictures have they created about the different characters mentioned in the passage? Explore any differences that come up when you chat about who the people and animals represent. Don’t rule out any opinions straight away. Helping the group talk through a range of ideas can bring about new under­standing, both for the group and for you!

Read Psalm 23 aloud. In this psalm, David talks about God being the shep­herd. How might we understand Psalm 23 in light of what John 10 says, and vice versa?

Chat about the story using these questions, encouraging every­one to join in if they want to:

You will need: printouts of Psalm 23; pens

Give out the copies of Psalm 23 and make sure everyone has a pen. Ask each member of the group to find a comfortable place to sit on their own. Invite them to read the psalm several times, reflecting on the words and making any notes they want to.

Without asking for an answer, ask them to think about how they want their relationship with the shepherd to be. Do they want to have a fuller life?

Make it clear that if anyone wants to talk to you further about deepening their relationship with Jesus you are there to help.

You will need: a sheepskin rug, a wool jumper or cotton wool

Explain that it’s time to pray about what they have been thinking about during this session. They’ll all get the opportunity to pray, and can do this silently or out loud; either is fine.

Pass the item (whatever you have brought) around, using it as a ‘sign’ that Jesus is the good shepherd. When they’re holding the wool item, it’s their turn to pray. This can be in silence or out loud. Remember that all leaders and helpers should also pray.