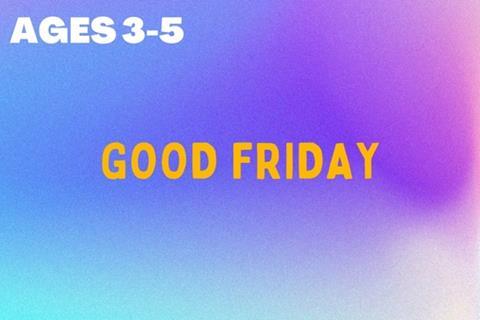 MEETING AIM: To hear part of the story of Jesus’ death, noting how he allowed people to treat him badly without protesting.

BACKGROUND: Unlike the previous two  sessions when Jesus gave instructions to his followers, in this session, facing his death, he is very passive. People do things to him. This session is different from normal: there are three sections focusing on some of the things that happen to Jesus.

Welcome the children by name and chat about their week. Ask what the children remember from the last two weeks.

Explain today’s session. Some children don’t like change in routine, so think carefully how you’ll introduce the session.

Play a game of ‘stick in the mud’. Ask one or two leaders to be ‘on’. They should try and tag the children.

Once they have been caught, the children should stand with their arms outstretched. They can be freed by another child running under their arm.

You will need: two planks of wood (heavy enough to be a challenge for small children to carry); lollipop sticks (cut half of them in half); glue

Explain how Jesus was brought to Pilate, the Roman governor, whom the Roman authorities had put in charge of Palestine (Mark 15:6-23). He could see Jesus was accused of things he hadn’t done. But Pilate was a weak man. Because the crowds shouted for Jesus to be killed, he agreed that Jesus should die.

Explain how people walking out to die had to carry the short piece (cross piece) of the cross. But Jesus was so weak he couldn’t do this. Soldiers ordered Simon, who came from north Africa, to carry the cross piece instead. Simon had been working on the farm and just got caught up in the crowd. He probably became a follower of Jesus.

Ask the children to carry a plank of wood on their shoulder. As they do so, imagine how terrible it was for Jesus to have to do this. Ask how Simon might have felt.

Give out lollipop sticks – one whole and one half – to each child. Stick them together in a cross shape.

Before the session, write ‘KING OF  THE JEWS’ in bubble writing, and draw a crown over ‘KING’. Photocopy the writing so that each child can have a copy and wipe cold tea on each one. Leave to dry.

Explain that Jesus was nailed to the cross. It was so painful. He could hardly breathe. Pilate, the Roman governor, ordered soldiers to nail a notice above Jesus’ head. On it was written: ‘KING  OF THE JEWS’. Show the children your notice. Pilate didn’t think Jesus was a proper king. Jesus’ enemies didn’t think Jesus was a king. Jesus’ followers knew Jesus had talked about being a king, but they didn’t understand.

Jesus was a king, but a different kind of king than people had expected. He’d come from God. He was a servant. Chat about the kind things Jesus did for other people. Encourage the children to act out what they suggest.

Observe that Jesus gave many instructions in the last two sessions. Can the children remember any? What instructions has he given in today’s story? What does that say about Jesus being a servant?

The children can colour in the notice.

If they’ve made a cross with lollipop sticks, stick this onto the cross. If not, glue a small piece of paper onto a lollipop cross.

Talk about the women who’d followed Jesus while he was still living in Galilee. They stood at the back of the crowd to watch him die (Mark 15:40-47). Three of the women were called Mary, another Mary and Salome. They were very sad.

Joseph from Arimathea knew Jesus and wanted to give him a proper burial. So he went to see Pilate, the Roman governor, and asked for permission to take Jesus’ body down from the cross. Pilate agreed.

Joseph used the cloth to lift the body down. Use the bath towel to wrap round an imaginary body. Create a tomb by draping the other towel over a child’s chair, with the plate ‘rolled’ over the entrance. Joseph brought a linen cloth and with others, took down Jesus’ body. He wrapped it in the cloth, then placed it inside a tomb cut out of rock. He rolled a really huge stone over the entrance so no one could get in and nothing could get out. The women walked behind Joseph to see where Jesus’ body was laid.

How far can children carry the milk bottle balanced on a pillowcase? How quickly can they carry it? How easily can they lower it to the ground without it falling off? Chat about how difficult it must have been for Jesus’ friends to carry his body when they were crying and so sad.

Invite the children to draw on the card circle how they would feel if they’d been there. Suggest a range of emotions.

You will need: card circles from ‘Bible story’; a battery-powered candle

Sit in a circle around the candle, each child holding their card circle. Switch the candle on. What’s the saddest part of the story? What’s the part they will most remember? Together, thank Jesus that even though it was so dreadful, he loved us so much that he was willing to die on the cross for us.