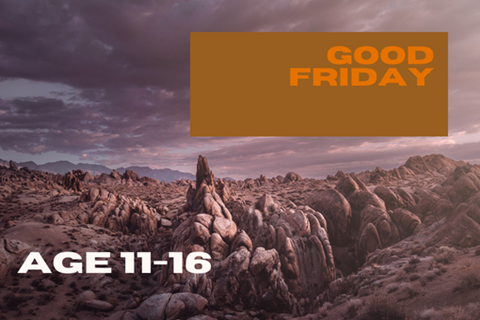 Background: This session deals with death. You might have some young people for whom this is very personal. However, some will find it difficult to relate to the theme. In Western society, we tend to hide death and it can be possible to go quite late into life without facing the death of a close relative. However, be aware of those in your group for whom this is not the case.

Encourage a discussion on justice. Ask if they have ever been accused of something they didn’t do. Follow up by asking how it made them feel. Have an example in your own life to share. This is not about righting past wrongs, but about noticing how ‘justice’ doesn’t always run smoothly.

You will need: equipment for your chosen games; small prizes

Play some games where there is a cost related to losing. For instance, cross the room balancing four plastic glasses of water on a tray using one hand. If the young person succeeds, give them a prize. If not, give them a forfeit. The young person must accept the challenge themselves; you must not demand that they take part. The choice here is important.

You will need: materials to make props; Bibles

Create a modern-day news report of the events surrounding the death of Jesus. Make signs for the news station, microphones for the reporters and dress up the characters interviewed. If you have musicians, they could make some incidental music.

Use the following sketch, but encourage the group to read the Bible passage and add more reports and interviews.

Anchor: Welcome to JNN, the Jerusalem News Network. The only way to stay in touch with what’s happening in your Promised Land. We’re getting reports of a major incident involving Jesus, the preacher from Galilee. Let’s go to our on-the-scene reporter, Ben.

Ben: I’m here with, Simeon, a member of the Temple Guard. What happened last night?

Simeon:Repeating the words as if he’s memorised them. I can categorically deny that there was an arrest in the Garden of Gethsemane.

Ben: So, there was an arrest? Was it Jesus from Galilee?

Simeon:Again, as if memorised. There is no truth in the rumour that Judas, one of this Jesus’ followers led the Temple Guards to arrest Jesus.

Ben: What about reports that one of those there was injured?

Simeon:Again, as if memorised. No one left that garden injured… Now surprised. And that’s the strangest thing, one guy did have his ear cut off, but then it was almost like a miracle, he was fine! Seriously again. But of course, none of that happened.

Ben: There you have it. The authorities: as open and clear as usual.

Anchor: Thank you, intriguing insight there. We now head out to our royal reporter, Nic, for an update.

Nic: Shalom. I’m here at Herod’s residence in the city. The Galilean known as Jesus was brought to Herod earlier. We’re not sure what was said, but it looks like Herod, having heard of Jesus’ miracles, wanted to see something magical for himself.

Anchor: It seems things are getting quite noisy in Jerusalem. Let’s return to Ben for the latest. Ben?

Ben: Chaotic scenes here. It seems Governor Pilate was being asked to charge Jesus with sedition as Jesus was claiming to be the King of the Jews. However, Pilate couldn’t find any evidence for this. The crowd got agitated. They began to demand Pilate find Jesus guilty. Then they demanded Pilate release Barabbas, a known revolutionary and murderer. Things were getting rowdy. I think Pilate thought there could be a riot, so he released Barabbas and charged Jesus. The teacher from Galilee is now being led away to be crucified. I’m actually in a state of shock. Is this justice?

Anchor: Well, there you have it. The Passover celebrations have been tinged with this apparent travesty of injustice. Were the crowd stirred up by the priests who have been after Jesus for a while?

Use this meditation to enable a quiet, personal response:

Imagine you are watching the procession of Jesus being led to be crucified.

You see Simon of Cyrene. He carries the cross. Jesus is too weak to carry it himself.

You see people who have travelled with Jesus from Galilee, his followers. They thought Jesus was something special, yet here he is, a condemned criminal.

You see the thieves crucified next to Jesus. They were guilty of their crimes.

You see the priests from the temple. They have been upset with what Jesus has been saying and doing.

You see a centurion who, despite carrying out the punishment, believes Jesus to be a righteous man.

You see the women who have followed Jesus. They are clearly upset. They cry and weep for their teacher.

Where do you place yourself in this scene? How do you feel?

Give the group time and space to reflect silently on what you have just read. Explain that there is no need for the group to respond out loud, unless they want to.

We all have dark moments. When we remember the events leading up to the cross and the crucifixion of Jesus, we know that he has been through dark moments too. Use the following prayer, or similar in your own words, to close. Remember to be aware of young people in your group who are going through difficulties.

Our Father, we face lots of difficulties and pain in our lives. Give us the strength to cope. Walk with us. Bring us safely out of the dark and into your light. Amen.