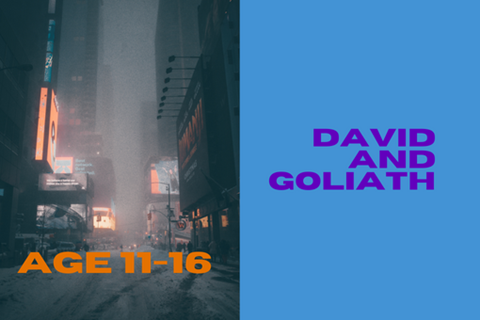 You will need: refreshments; round, flat biscuits; tubes of coloured icing; sprinkles

Share out the refreshments, including the biscuits, and have a biscuit emoji challenge! The young people have to draw an emoji on their biscuit using the range of icing, sprinkles and other edible materials you have provided. The emoji should represent how their week has been. Look at all the emojis and give the chance for people to share if they would like to. When you’ve finished, eat the biscuits!

You will need: pens; paper; printed-out emojis or mobile phones

Challenge the group to send messages to each other using only emojis. If the group don’t have mobile phones, then print off lots of different emojis. The young people should then use these to write messages for others in the group to decode.

If you have mobile phones available, the young people could send each other (or you) texts using only emojis. (Make sure you follow your church’s safeguarding policy and that the young people send appropriate messages!)

You will need: Bibles; pens and paper; laptop and projector; WhatsApp

Give out the pens and paper and ask the group to come up with as many emojis as they can, and draw them on the paper. Try to get one emoji per A5-size piece of paper. Scatter those in front of the group and then give out the Bibles. Help the young people to find 1 Samuel 17 and explain some of the back story since the previous session: Samuel has grown up into a wise and revered prophet. He led Israel under God for a time, but then the people declared that they wanted a king, like all the other countries around them had. God was unhappy, because this meant that they were rejecting him. But in the end, he sent Samuel to announce Saul as the new king. Saul started well, but he started to go his own way, rather than God’s, and so God chose David to replace him. At this point, David has been anointed the new king, but Saul is still on the throne.

Read 1 Samuel 17:1-3 and ask the group to think about how the Israelites and the Philistines would have felt at this point. Invite them to choose an emoji that represents their answer. Encourage anyone to share the reason why they chose that particular emoji. Discuss any differences there are. Do the same with the rest of the passage:

Once you have finished, create a WhatsApp group chat for the characters in the story. Using the emojis you chose, think about what Saul, the Israelites, David and David’s brothers might say in a WhatsApp conversation.

If you have WhatsApp on your phone there is an option in the settings to connect it with computer (just follow their instructions) - this allows you to see your conversations on your laptop screen - meaning you can connect it to a projector so everyone can watch the unfolding conversation.

You may need to spend some time setting it all up, but once you’re ready, stage a WhatsApp conversation between the characters while you reread the story from the Bible. Read quite slowly and take pauses to allow them time to type! Make sure you follow your church’s safeguarding policy with regard to social media.

Use these questions as a guide to discussion, though try to be attentive to the questions the group may have, or significant points that the conversation takes.

You will need: art materials

Encourage the young people to create a picture of what they have discovered about God and themselves today. This could be something about their relationship with him, about how God looks after them in all situations, and can be relied upon. Give the young people free rein to do what they like. Once everyone has finished, if anyone would like to share, give them space to do so.

You will need: the young people’s mobile phones

Ask the group to text or message you what they want to pray about. Tell them you will read them out anonymously. Tell them if they struggle to pray to try to ‘text’ God every night - they can just delete the text after pausing for a minute. As with the WhatsApp activity, make sure you follow your church’s safeguarding procedure.