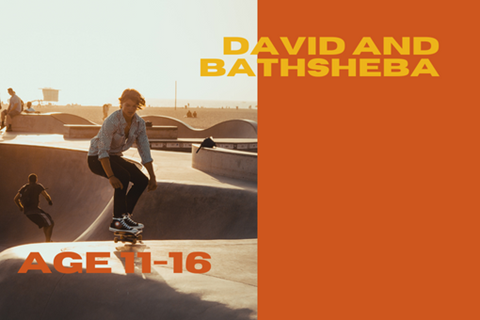 Background: David is commonly considered one of the greatest characters of the Bible for his faith as well as his feats, for his attitude toward loving and serving God and the legacy he left the people of Israel. However, this episode with Bathsheba is not the only infraction on his record, so he also serves as a welcome reminder that God’s love is unconditional; that forgiveness is always available to us and past sins do not discount us from future service. Rather, they can teach us valuable lessons and prepare us for deeper character and understanding.

To understand how much of a betrayal this was, read 2 Samuel 23 from verse eight. Uriah is listed as one of David’s thirty-seven great warriors, renowned for their brave acts. It’s worth noting that the city of Jerusalem was very small and that Uriah was an established member of David’s best warriors, so it is highly likely that David not only knew whose house he was looking at, but also whose wife he was watching.

This is a good time to share your usual refreshments and chat about life. For fun, print off pictures of David Walliams and a bath. Buy a small tin of Sheba cat food (about 55p) and challenge them to guess what the session is about without giving any other clues (answer: David and Bathsheba!).

Before the session, fold up the slips of paper from list two and put them in a hat or bag. Sit the young people in a circle and play the consequences game, asking them to tell a story with each person in the circle saying only one sentence in turn. Explain that each person’s phrase should end with something from list one so the next person can use that to start their phrase. In addition, each person must pick a word from the hat or bag (list two) and weave it into their sentence. The overall story can (and will) end up being quite bizarre and hopefully quite funny.

When you’ve finished, think about the impact of one person’s sentence on the rest of the story. How easy is it to take over from someone else when they have made a particular decision?

You will need: 2 Samuel 11 printed on large sheets of paper

Give out copies of the passage and read the story together. Then play the consequences game again, but this time ask them to tell the story of David and Bathsheba in their own words, going around the circle one word at a time! Allow the young people to refer back to the passage if they get stuck.

Split them into two groups or pairs. Ask them to circle the initial wrongdoing by David, then to number and highlight all the subsequent sins and mistakes he commits as a result of that first one. Get some feedback from each group on this and chat it through so they get a good grasp of the story.

Ask the young people these questions, encouraging everyone to take part:

You will need: a copy of the song ‘Sunscreen’ by Baz Luhrmann and the means to play it; lyrics to the song

Give out the lyrics and play the song to the group. Allow the young people to enjoy it and pick apart its advice. Which is the most important line, do they think?

Give the group some time to write their own versions, either on their own or in pairs. The song is essentially a list of short pieces of advice covering all kinds of areas. Our starting point is advice to avoid falling into sin, but allow the young people to be creative. If you have the means play a similar piece of instrumental music, encourage the group to read their own lyrics over the top, like the Baz Luhrmann version.

You will need: three signs saying ‘Sorry’, ‘Thanks’ and ‘Please’; reflective music and the means to play it; pens and paper

Hang the signs up in different places around the room. Explain that you will play some music and that they should spend some time under each of the banners talking to God – particularly regarding sex, relationships, forming good habits and avoiding unhealthy ones, and sexual sin. Make it abundantly clear that any past mistakes do not discount them from coming into God’s presence, receiving his help and forgiveness, and still being useful and close to him in the future. Make yourself and other appropriate adult volunteers available to pray one-to-one with individuals during this time. Make pens and paper available for creative prayers and responses at each station.