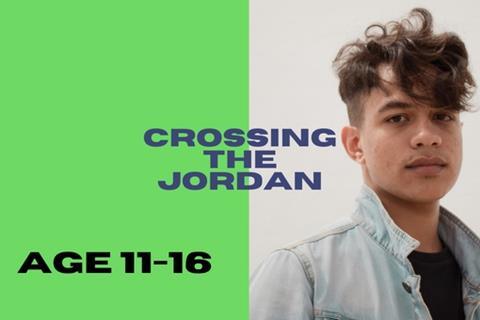 BACKGROUND: Joshua and the people of God stand on the brink of the Promised Land, but the River Jordan stands between them and their opportunity to enter it. They have to trust that God will help them overcome this final hurdle.

This session will encourage the young people to think about what God has promised them, and what stands between them and his promises. Help the group to reflect on these promises (or to seek God for what he has in store) and explore how they can rely on him to bring them about.

Welcome the young people and spend  some time chatting about their week. Share out any refreshments you have  brought with you. Celebrate in their triumphs and share in their disasters, and perhaps share  a bit about your week with them.

Ask what memories of water they have. It could be a  beach holiday  or swimming in a lake. It might be a hot shower after a long muddy walk or a cold drink after a particularly hot game of football.

Ask two volunteers to sit opposite each other. Give each a pint glass of water, a jug of water and an equal pile of Jenga blocks. The aim is to drink all the water in the  glass, but you’re only allowed to drink while your Jenga tower is fully built. If you have a full Jenga tower you can knock over your opponent’s to stop them drinking and fill up the other person’s glass from the jug.

After a set time limit, or if one player succeeds in draining their glass, ask for another couple of volunteers to play. Chat about the difficulties of achieving the goal of keeping their tower fully built. What obstacles did they have to overcome to achieve their goal?

Gather the group together and explain that the people of God, the Israelites, have to cross the River Jordan to reach the land God had promised them. They are standing on the banks looking at Promised Land.

Invite them to listen to the story.

Once the story is over, ask the young people to give their first impressions of what they have heard.

Ask someone, or a couple of people, to sum up the story. Use the following questions to start the discussion:

possible (if you do it inside you’ll need to limit the amount of water you use). Gather everyone on the near side and ask them to take their shoes and socks off. Pour some water on the slide – just enough for the group to get their feet wet and create a little splash, but not enough to make it slippery. Say that this represents the River Jordan.

Stand over the other side of the Jordan from your young people and encourage them to visualise this as a river that is blocking them from the Promised Land. What was the Promised Land for the Israelites? What is it for Christians? What is their personal promised land? What is it they want to move into (for example, a new season of life, a career, a calling or other things God might have placed on their hearts)?

Ask the young people to close their eyes and visualise any obstacles in the way and the things that stop or slow them down. You may wish to have a time to chat one-on-one about these obstacles and discuss what they can do to overcome them.

You will need: your River Jordan from ‘Creative response’

While people are still standing on the river’s edge, pray and ask God’s Spirit to rest on  the young people, to speak into their hearts, to embolden them again about taking that ‘land’. Ask for God’s supernatural intervention and action in their lives – his provision spiritually and materially, everything they need to get across.

Tell them that when they feel ready to slowly walk across the river as a symbol of embracing God’s proactive leadership in their lives, but also the fact that they personally have to get up and get on with it themselves!

Afterwards ask for people to say how they felt and share what it  meant  for them. Ask them to pray for each other in pairs about moving into their respective ‘promised lands’ and around the obstacles they face.