Chosen to be king: Session 1 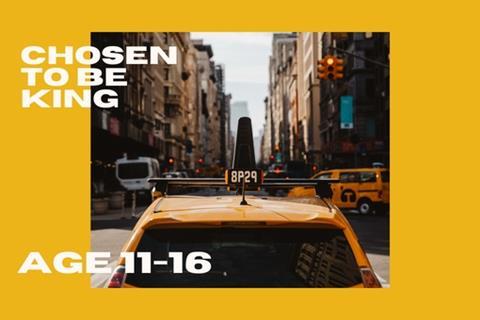 Background: God has a track record of choosing unlikely people to do his work. We know this from the numerous biblical examples of frightened, unpopular and unskilled individuals achieving amazing things in God’s name, and probably also from our own experience. This session will encourage your young people to consider the possibility that God might call some surprising people they know. Of course, they might even be surprised by the possibility that God has called them.

You will need: raw sprouts covered in choc­olate (prepare these before the session)

Share drinks and snacks with your young people, and spend some time catching up with them. During this time, offer around some special ‘chocolates’ you have prepared just for them. After the young people have tasted them and finished howl­ing in surprise and alarm, you can make the point that, however good something looks, it’s what’s on the inside that really matters.

You will need: pens; paper; a bowl or box

Give each of the young people a piece of paper and a pen. Ask everyone to write down three facts about themselves; if they can think of things that might surprise other people in the room, so much the better. (For example, they could mention places they’ve visited, unusual skills, famous people they’ve met, strange food preferences and so on.) When everyone has finished, ask them to fold their papers and pass them to you. Collect the papers in a bowl or box.

Read the papers out one at a time. Challenge the group to guess who these three facts relate to. When the group has finished guessing, ask the relevant person to identify themselves. Repeat this exercise with all the papers. If you have a particularly large number of young people just choose a few good ones or break into smaller groups.

Point out that people can surprise us. We often don’t see beneath the surface to what someone is really like.

You will need: Bibles; pens; paper; at least one mobile phone with a video camera

If you have a large group, divide the young people into smaller groups, ideally four or five. Give each group one or two Bibles and some pens and paper. Make sure every group has a mobile phone with a video camera.

Ask all the groups to read 1 Samuel 15:35b–16:13. As they read, ask them to think about what might have been going through Samuel’s mind as all this happened. What might he have been thinking and feeling? What might his first impressions of David and his brothers have been? How did he know that David was the one God had chosen to be King?

Based on their ideas, ask each group to create a short vlog (video blog), from Samuel’s point of view. They can either use the pens and paper to write a basic script, or just choose someone to act the part of Samuel, turn the camera on and start improvising.

Make sure you have permission from their parents or carers to film the young people. Those who can’t or don’t want to be filmed can be camera operators, scriptwrit­ers or directors.

Using their videos as a catalyst, discuss the following questions together:

You will need: magazines and / or newspa­pers; pens and paper

Emphasise that God can and does do amazing things through unlikely people; those who others think of as insignificant or unimpressive. So we shouldn’t write anyone off. God might still have plans for that person! That also includes each of us.

Divide them up into pairs. Let everyone show this picture to their partner and explain why they find it hard to believe God would choose this person. Next, ask every­one to think of ways in which God might work through the person in their partner’s picture. How might he do surprising things with this person?

You will need: pictures from ‘Creative response’

Ask the young people to remain in the pairs they are already in from ‘Creative response’. Encourage them to pray together for the people in their pictures. Short, one-line prayers are fine. They can ask God to bless this person and work through them to achieve something brilliant.

After a couple of minutes, round off with a short, spoken prayer of your own. Thank God that he does amazing things with unlikely people. Ask him to help all of you to see other people as he sees them: to see their hearts, not just what’s on the surface.