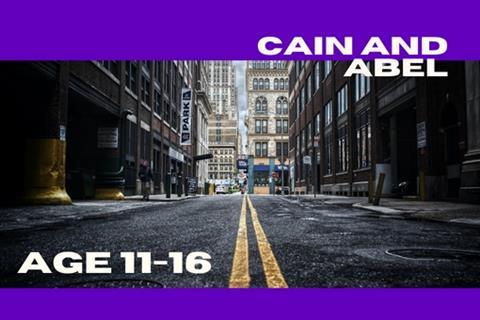 Background: There are always questions relating to Cain. Who did he marry after the events in this passage (Genesis 4:17)? Who were the people who might have wanted to kill Cain? We can only answer these through supposition and adding to the text. Again, as in previous sessions, these issues can be a distraction from what the passage is saying. Even though Cain’s offering did not receive favour, God was still talking to him, most likely through an increase in yield. Cain was warned not to let his anger control him.

When the young people arrive, encourage them to share what has happened during the last week. If appropriate, you could ask if anyone has felt aggrieved by something or felt like justice hasn’t been done. Be aware and sensitive of any issues the young people may be going through.

Give everyone a piece of paper and a pen. Read the ‘laws’ below out and ask the young people to write ‘true’ or ‘false’ for each one:

Go through the answers and then reveal that they are all true. Each of the above is, or was, a law in the UK!

You will need: a volunteer to perform the monologue below; appropriate costume (optional); Bibles

Gather the young people together and ask your volunteer to perform this monologue:

There he is, just look at him. He thinks he’s got it all. Flash clothes, nice house, and all because of his sheep and goats. I lost count the last time I tried to work out how many he had. They’re like locusts swarming across the countryside. I mean, I spend most of my time shooing them away from my crops. How am I supposed to keep my wheat and barley growing strong and healthy when all my time is spent herding his flock away? It’s not fair or right. Why should he have it all so easy?

I do my bit. I make my offering to God. I give what I can manage. After all, I don’t have much, not like him. He gets all the breaks: the strong sheep and the goats that breed like rabbits. All I get is rabbits that breed like rabbits, then I have to chase them off my land as well. Between the rabbit chasing and sheep herding, what time do I get for myself? I toil all the hours under the sun, and for what? The sun’s hot, and that doesn’t help with my crops either. I know he has to take his flocks on long journeys to find water for them to drink, but it’s still not fair. It’s his fault my crops aren’t growing.

It makes me so angry! Why should he get everything when I get nothing? I’m so, so angry…

Get the group to read Genesis 4:1-16 to themselves. Once they have read the passage, explain that the favour the passage talks about often related to an increase in crops. What appears to have happened was that Abel’s flock increased while Cain’s crops didn’t do so well. For some reason, which is hinted at in Hebrews 11:4, Cain’s offering didn’t receive favour. However, the issue here isn’t about how to make an offering or sacrifice in order to be blessed, it is about how Cain reacted. God still spoke to Cain when Cain was angry. God told Cain that he could overcome and control his actions, but Cain rejected God’s advice.

Have a discussion about the Bible story using the following questions as prompts:

Give out the pens and paper and ask the young people to draw several simple sheep, goat and wheat outlines. Then encourage them to colour them in and cut them out.

As they are doing this, ask them to think about times when they need God’s help to overcome situations where they might sin. On each of the cut-outs they should write one word that represents the issues they have thought about. As these issues are personal they can write words that are only obvious to them if they want to keep them private.

Let the group keep the cut-outs as a personal reminder that they should and can overcome any sin they are faced with. Be sensitive to what the young people are going through, as some may feel that their situation is beyond God’s help. Chat about how God was with Cain even though his anger was so great that he was contemplating murder.

Finish with a time of silent prayer, offering up to God your time and devotion, and asking for a blessing in the lives of your community, your families and your own lives.