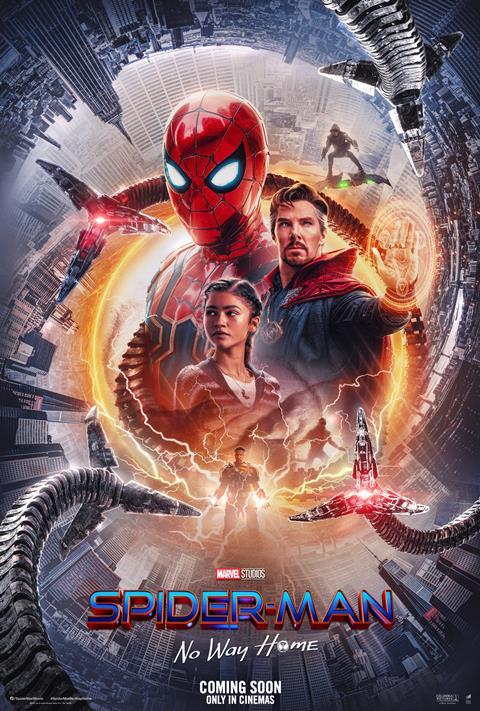 Overview: The plot continues from the last film Homecoming, where Peter is outed publicly. Struggling to adjust to being the new villain, Peter approaches Steven Strange to help him change reality, However, in the process a door is opened to the Multiverse where parallel universes collide, and previously defeated enemies return.

The character development for Peter is heartfelt and feels authentic, after all why wouldn’t a teenage superhero have the same struggles as others his age. He and his aunt also want to do good and there’s nothing wrong with that intention. It’s also great to see Happy take over Ironman’s role of mentor and father figure, a keenly felt gap during Homecoming. Believe it or not it was also nice to see the lighter side of some of Spiderman’s enemies such as Dr Oct. And the Multiverse spectacles with Dr Strange and Peter were some great effects.

Being in control is a myth and the Multiverse can’t change that for you!

Why this film just didn’t work for me and what you need to know:

As Christian parents who also love Marvel, what you need to know about this film can be summed up by Aunt May when she tells Peter “With great power comes great responsibility.” This reminds us of when Jesus said, ‘to whom much is given much will be required (Luke 12.48).’ So, was this Godly parental advice from May? Unfortunately, minus The Saviour, this leads Peter down a rabbit hole of his own ego-led super-hero-ing making, dragging behind him a saviour complex beyond his years.

Peter wants everyone to forget he is Spiderman, to rewrite the past and avoid feeling/experiencing the consequences of his choices and actions, and it’s here where our fun-lovin spider-friend falls into his own web. You just can’t do that, and it isn’t healthy for our youth to think they can either; to try and make your past disappear and face no consequence. And let’s be clear this isn’t some form of grace either. Sometime stuff happens and we deal with it cause that’s life after all. Only Jesus can make sense of the pain and help us find the redemptive bits, which ultimately flick the whole multiverse out of the picture. Peter’s superhero ego told him he had the power to change what he had already set in motion through bad choices. However, rather than listen to Lizards words “Trust me, Peter. when you try to fix people, there are always consequences.” he followed his own path.

It’s dangerous for our kids to listen to ego too as Jesus must be our loudest voice, beyond ourselves and beyond the “wisdom” of the world. When we tackle our crises without him, we too fall into that rabbit-hole. In this case that is the multiverse, a growing way of being able to change our reality, where parallel truths are possible. Well, that’s strike 2 for me as we believe in one truth without compromise. Anything less is just bogus. There is also one crucial moment when Peter could have chosen to accept his lack of control and stop manipulating things to get his own way, Dr Strange being one of them, by releasing the bad guys also back to their deserved doom. But instead, he tries to save/counsel them, another bum move. And uh-oh spoiler-alert Aunt May pays with her life.