Joel Toombs asks whether monsters and vampires are your cup of tea? But the kids will love them 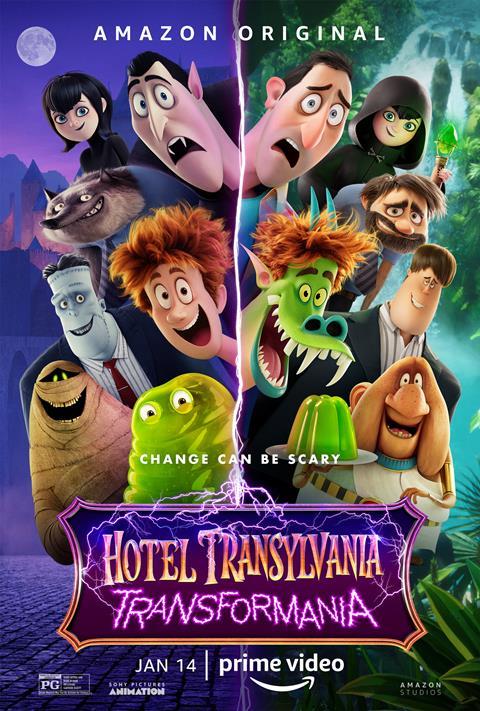 Other connected films series: This is the fourth in a successful series of Hotel Transylvania animated movies

Overview: Dracula is considering retiring and passing the Hotel over to his daughter and (human) son-in-law, Johnny. He has second thoughts which leads to an experiment going wrong whereby Johnny turns into a monster and everyone else becomes human. While Johnny loves being a monster, Drac on the other hand does not like being a power-less, mere human. However, they must still work together and race across the globe to find a cure before it’s too late, and before they drive each other crazy.

The cast providing the voices are just great, the animation is brilliant and the script and storyline are funny and engaging. It’s a fun watch – if you liked the previous iterations you’ll enjoy this one too.

It’s the latest in a consistently declining franchise (each of the four films has performed worse on IMDB, and Rotten Tomatoes is no less scathing) It’s also the only one without Adam Sandler. The jokes are often regurgitated from previous movies. Not much for the grown-ups in here. There are less funny interactions from random hotel guests (ie. funny monsters). In fact the whole movie is really just a slightly tired extension of the formula they have already used with nothing much new or innovative, which makes it feel like just a bit of a money-making exercise.

I get that some parents may not like the idea of letting their kids watch monsters and vampires and so on. That’s a personal choice but essentially this is just a context that has been chosen for a fun kids’ movie – it’s not trying to be scary or push any dark agenda. The attraction of these films is in the characters and the visuals, so don’t dismiss it too quickly on the monsters-are-bad basis.

Themes worth noting – or exploring with your children - are around how happy you are in your own skin and what the consequences and implications might be of being in a different body. The characters gain a different perspective and appreciation of the “other” side.

The premise for much of the humour is around two facets: that Dracula is prejudiced against his son-in-law for being human; and that Johnny is himself completely hapless and annoying. It is the same narrative the franchise has been churning out for the last three movies so feels a bit worn-out. Themes around finding your identity (inner monster); being yourself; not discriminating… are all good. It is almost an interesting conversation starter but falls short of being quite deep enough for that.