Church and monarchy made simple

It’s just possible that your inquisitive children and young people will ask you questions about the monarchy, with all the news coverage of the Queen’s passing and the new king. Andy Peck provides an ‘explainer’ so you are not caught on the hop. 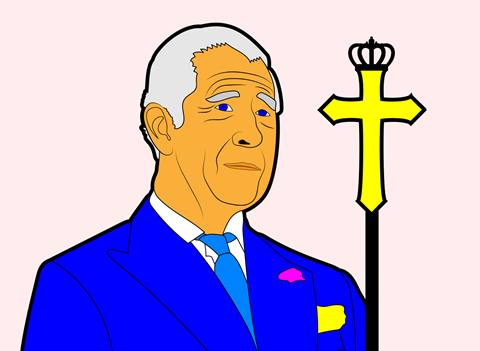 He split with the Roman Catholic Church, but it was a later monarch (Elizabeth I) who was proclaimed ‘Supreme Governor of the Church of England’. So officially it’s the monarch’s job to make sure the UK remains a Christian country.

So how does the monarch get involved in the church?They don’t really. It’s a procedural role. The Church of England is led by appointed archbishops, bishops and deacons.

Technically the monarch appoints according to the advice they are given. But the main place where decisions are made for the Church of England is the General Synod, which is made up of clergy and lay people.

Does that mean the monarch has to be a Christian?Certainly the Royal Family are all baptised into the Church of England, and the Queen was clear in her faith, and happy to share it. But whether any particular monarch is actual Christian is between them and God.

Charles III mentioned the Church of Scotland in his proclamation speech. What’s that all about?When Scotland and England formed a union in 1707, this was part of the agreement. Back then the Scots were clear they didn’t like the kind of faith the English practised.

For more detail on this, go here.

The Church of Ireland is also no longer an established church, having ceased to be the state church in Ireland in 1869 (before Northern Ireland was created in 1921).

How does this affect us, we are not Church of England?It’s true this may not directly affect you, but some argue that because the monarch Charles promises to be defender of ‘faith’ this effectively encompasses all churches.

Certainly, in countries where the official religion is not Christianity, Christian groups may suffer as a result, especially if the majority religion is hostile to it.

But in general, all churches believe Jesus is the Saviour, and Lord of the Church, and that we need to put our confidence and trust in him. So we can be friendly with people in other churches, and often work with the on projects to make Jesus known, because we basically have the same aim, even if we might go about it a different way.